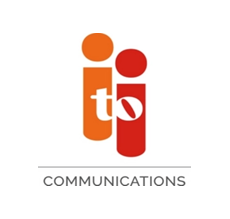 Successful candidates will be part of a cohort of twenty four aspirating digital leaders who take part in an intensive three month leadership programme, including dedicated one to one coaching sessions, in-person workshops and group projects, designed around “Challenges” which are set by the Program Panel. Each cohort will then present the outputs from their work to an audience of their peers and the wider tech community at a national graduation event to be held in November.

The programs are specifically designed to reflect the diverse nature of the profession, with the 100+ alumni from previous cohorts representing a wide array of different digital disciplines, sectors and stages in their career journey. Previous participants have ranged from systems analyst, UX Designer and cyber engineer through to Director of Digital Transformation or Head of Information Assurance. One of the fundamentally unique principles behind the initiative is that it is entirely cross-sector, supporting participants from central government departments and agencies, local authorities, regional and national health bodies, universities, professional bodies, finance, construction, transport, energy and telecommunications companies, as well as a wide range of technology providers.

There are no fees involved for any of the participants, with the cost of the programmes being supported by its partners across government and industry. Confirmed industry partners for the Autumn programs thus far include long-time supporter of the initiative, Sopra Steria and the Scottish broadcasting giant STV Group.

In a further sign of the initiative’s success and growing momentum, Empowering-You have also announced that they are working with techUk, the Cabinet Office’s Government Security Group, the Northern Ireland Cyber Security Centre and a number of other partners across government and industry to bring the “Empowering Women to Lead Cyber Security” program to other UK regions this Autumn. New cohorts will be running in London & Southern England, Northern England, Northern Ireland and Wales between September – December, replicating the model which has already proven so effective in developing a community of change leaders in Scotland.

The closing date for applications to the Scottish programs is the 12th of August and further details on both programs, along with application links, can be found below: