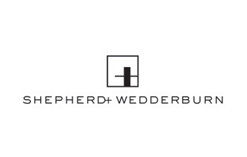 Shepherd and Wedderburn’s corporate finance team has reported a bumper year for deals activity, with the value of transactions more than doubling to £8.65 billion.

The team advised on 114 deals globally in the year to December 2018, against 98 in 2017, boosted by a number of notable technology-led transactions, including advising Scottish tech unicorn FanDuel on its sale to Paddy Power Betfair.

Stephen Trombala, pictured, who leads Shepherd and Wedderburn’s corporate finance team, said: “Our team had another very busy year, working on some of the largest and most notable transactions of 2018.

“Activity was led by overseas investors and corporates looking to Scotland and the wider UK market for good quality acquisitions and investment opportunities, notably in the tech/fintech space, which remains particularly buoyant.”