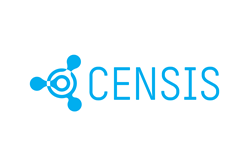 CENSIS, the Innovation Centre for sensor and imaging systems, and Internet of Things (IoT) technologies, is delivering a year-long Scottish Government-funded programme to demonstrate the transformative potential of IoT across some of Scotland’s key growth industries.

The programme of activity will include a series of workshops which will identify projects for ongoing support, and a starter kit, aimed at businesses without any in-house IoT expertise. Combined with a suite of ‘how-to’ guides from CENSIS, these initiatives will aim to educate and inform businesses and organisations about how they can use IoT technology.

The workshops will look at applying IoT to real world projects with a focus on user-services, quality outcomes and viable business cases. Following the events, CENSIS will progress a number of ideas generated by delegates, creating use case studies for each sector.

Four additional sessions will take place across Scotland between August and October covering smart cities, smart buildings, tourism, and food and drink. They have been commissioned by the Scottish Government following the launch of its national IoT Scotland network in 2018.

The CENSIS guides will help businesses to understand IoT and cybersecurity, aiming to lower some of the perceived barriers to entry. Each stage of the programme is designed to maximise the potential for IoT technologies and promote their benefits to both the private and public sector in Scotland.

An easy-to-use IoT starter kit for businesses of all kinds will make up the three-pronged programme. The plug and play system will allow users to design and test prototypes before fully integrating the technology into their processes.

Dr Stephen Milne, Business Development Manager at CENSIS, said: “IoT technology will transform business operations across Scotland and impact every sector of the economy. It’s more important than ever that Scottish companies embrace what it has to offer.

“The first workshop in the ‘Scotland’s IoT Future’ series will help decision-makers working in transport understand the potential benefits of IoT technology – from ensuring a healthy fleet of vehicles to increasing the security of cargo. With the plug and play starter kit and in-depth information guides, we will make a significant contribution to Scotland’s IoT education.

“We’re keen to develop strong links with industry and events like this will help to share knowledge and break down some of the barriers commonly encountered with this technology. These workshops will allow us to identify some exciting new initiatives that we can develop and support in the future.”

George Lowder, Chief Executive of Transport for Edinburgh, added: “The transport network in Scotland supports more than 360,000 businesses from logistics to traffic management – maximising its potential will play a key part in the growth of Scotland’s economy.

“Collaboration at workshops like this allows organisations to learn from each other and understand what IoT technology can do. It also gives people the chance to ask the experts and get advice from those who are already using the technology to benefit their businesses.”