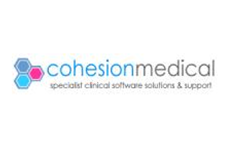 Can you give us a little background on your company please?

COHESION Medical is an award-winning technology company offering leading-edge Connected Digital Health Solutions. The company employs a team of 8 and operates from our Glasgow office situated on the River Clyde. COHESION currently works with several NHS Scotland Health Boards and Third Sector organisations. In 2017, COHESION won three Innovate-UK SBRI innovation awards and was the only company to do so, a highly regarded achievement within the UK. COHESION has represented Scottish

technology innovation at numerous international events including Medica in Dusseldorf, Arab Health in Dubai and Mobile World Congress in Barcelona. Bloomberg Business quoted COHESION as being “one of the hottest UK start-ups… and strongest digital health player at Mobile World Congress

(Barcelona) 2016.” COHESION has made significant business progress since starting in 2014 withambitions to develop our business across the UK and internationally in 2018.

Tell us about a business challenge you have faced (new product designed/client challenge/etc)?

In 2017, the company was faced with the challenge of acquiring two ISO accreditations within a three-

month period. However, COHESION Medical successfully met the challenge and achieved both

accreditations with no minor or major non-conformities in December 2017. COHESION obtained ISO

information security. It is essential for associated organisations and potential clients to understand we

have achieved these standards for future contracts and projects.

What was your solution?

When faced with a task with a tight timeframe, COHESION always ensures there is a structured plan in

place. The three- month target was very ambitious; however, COHESION was keen to take on the

strategy skills to effectively curate a weekly plan to achieve successful completion of the project. The

team pulled together and worked collaboratively in order to make deadlines. This hard work paid off

space of time without any significant problems. COHESION is looking into other ISO standards that are

Tell us about the benefits of your solution to the initial problem?

Gaining two ISO accreditations has brought several benefits to COHESION. One of the primary

benefits is regarding customer reassurance, which is of particular importance when approaching

Why did you join ScotlandIS?

We joined ScotlandIS as we are always looking for new opportunities to support COHESION as a business as well as the tech industry. Working with partners will bring COHESION to digital health, which is a large part of our business plan. Furthermore, Scotland IS has influence with Scottish

Government, which is of importance for us regarding healthcare and digital health tech.

What have you gained from being a ScotlandIS member?

scope to network with other companies and influential people in this area, which is essential for a

SME. Also, by keeping up to date with ScotlandIS news, we are constantly informed of the latest

thinking and developments within the Scottish tech industry, which allows for Professional

Development within the COHESION team.