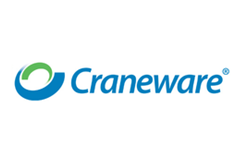 Health care billing firm Craneware says it is back on track after growth slipped and caused its shares to plummet by a third.

The Edinburgh-based company reported adjusted EBITDA up 11% over the year to the end of June and revealed that profit before tax fell from $18.9m to $18.3m as a result of $1.2m one-off costs related to a significant proposed acquisition that the board decided not to enter into during the year.

Speaking to Daily Business, chief executive Keith Neilson admitted the company had managed to “shoot ourselves in the foot” after slipping up on the processing of new contracts. The shares fell 34% after it declared in June that sales growth would be slower.

“We ran into some sales congestion, we didn’t think it through enough,” he said.

The company remained cash generative and was back on course. “We have to learn the lessons of the last few months, but there is a huge opportunity in front of us which we are more than capable of executing.”

On the proposed acquisition he said it involved a US company with a private equity owner. A deal would have made a significant impact, but the vendor chose to put the sale out to auction. Craneware pulled out after further diligence revealed it was not as robust as first assessed. The company was not sold.

Asked if the board would seek to resume talks, Mr Neilson said: “Never say never, but for the immediate future we need to get back to delivering double digit growth.”

In his statement with the results announcement, he said: “The ongoing transition to value-based care is a powerful underlying driver for our software, as healthcare providers seek the means not only to survive but thrive in this new era.

“We are committed to providing our customers with the tools they require to continue to deliver outstanding care to their communities and are passionate about the central role we will play in this substantial evolution of the US healthcare market.

“While growth in the year was lower than originally anticipated, renewal levels remained strong and our Trisus related sales and revenues continued to increase, providing us with a strong platform for the future. We have entered the new financial year with an uptick in sales momentum.

“We are focused on the delivery of our growing opportunity and have the correct strategy to succeed. With growing levels of contracted future revenue, strong operating margins, healthy cash balances and a growing sales pipeline, we look to the coming years with confidence and high levels of excitement for the opportunity ahead.”