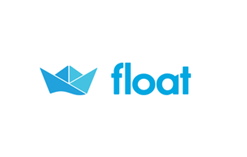 The new c-suite will be responsible for helping Float maintain an extended period of high growth in which the company has shifted its primary route to market and signed up several leading global accountancy firms to its new partnership programme – including Anderson Anderson Brown and Scott Moncrieff. They will also continue to build the Float team and prime the business for international expansion, such is the growing global demand for digital accountancy services such as cash flow.

“Following the introduction of Making Tax Digital and with the colossal uptake of services like Xero, we are witnessing a breakthrough moment for digital accounting,” said Float co-founder and CEO, Colin Hewitt. “In many ways it’s the moment we’ve been waiting for since Float launched, and we hope the new team will help us capitalise on the extra interest and investment in this space. Our priority is to sign up progressive accountancy firms which understand that the future of accountancy is digital. Our new c-suite has a tremendous track record of building teams, growing businesses and meeting ambitious growth objectives and we expect them to prove these skills again with Float.”

“I hope to be able to use the experience I’ve gathered in my previous roles of growing Scottish tech businesses to support Float through an exciting period,” said Float COO Jennifer Given. “I know it’s my job to help guide Float on this upward trajectory and deliver extensive and sustainable growth.

“Arriving as CTO, it’s a relief to be working with a product that users already love,” said CTO, Tim Leslie. “I was drawn to Float for how it helps the businesses that play such an important part in our economy. Float makes it safer to be in business – while empowering owners to take the right risks.”

“I want to help Float reach its full potential and to build a great brand,” said Nick Cole, CMO. “Accountants are fundamentally changing the way they work and are increasingly there to provide additional advice and support to clients on issues like cash flow, which is by far the biggest reason businesses fail. It’s exciting to be working in this space and we want to make the most of it.”