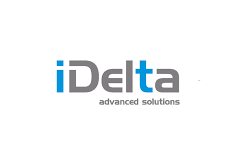 In response to new regulations on ‘Open Banking’, Edinburgh-based iDelta has launched an app to help bricks-and-mortar banks combat the rapid rise of online challengers such as Revolut and Monzo.

Open Banking, which is the UK’s implementation of the European Directive PSD2, requires the UK’s 300 banks and 45 building societies to release customer data to authorised third parties on the say-so of customers. As a result, customers can access their bank accounts using third party products, making it easier to view and manage their finances across multiple accounts in one place.

iDelta works with leading retail banks to provide data driven insights on all aspects of business and infrastructure performance. The iDelta Open Banking app gives banks increased visibility of how well their customers’ needs are being met, by enabling them to efficiently monitor and analyse the interactions their customers are having with other providers.

Stuart Robertson, director at iDelta, said: “Open Banking is intended to increase competition in the marketplace, and in a competitive environment you get innovation. While challenger banks and other financial third parties are revolutionising the marketplace, there is still huge opportunity here for the incumbent banks to drive forward innovation, using insights gleaned from existing customer data to develop customer-focused products”.

According to consumer group Which? the UK is currently losing an average of 55 bank branches a month. In recent weeks, Virgin Bank announced it would be closing 52 of its outlets and HSBC confirmed it would be getting rid of 27 branches in the UK. Meanwhile, Revolut, the leading banking and money transfer app globally, recently raised $500 million in a funding round that valued the company at $5.5 billion.

Robertson, who designed iDelta’s Open Banking Insights app, said: “Our app gives the market a low-cost, highly efficient and extensible way of providing a business with a central view of their customer banking channel. Banks that choose to fully use the data they are generating, with the app we have built, will position themselves at the forefront of this new channel of business.”

Designed to deal with the fact that every bank will have different technology stacks, the app was coded with an abstraction layer over the data – which enables its dashboards and reports to work with each bank’s systems with minimal customisation.

Robertson said: “While the UK is pioneering Open Banking, we are seeing a shift change in banking worldwide, with USA, Canada, Hong Kong and Australia and others adopting their own approaches to its implementation, so we see lots of potential for the app globally.”