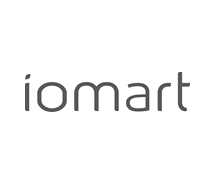 The company has invested nearly £2million in next generation core routing technology from Cisco, which will provide 100GB capacity on its network with the ability to scale to 400GB. As a result, iomart customers will benefit from faster, even more reliable connections to support their data and applications.

Reece Donovan, CEO, iomart, said: “This is a significant investment that supports our growth strategy and underlines our commitment to provide businesses with the services they need to support their future operations. The investment ensures our customers will have the ability to deliver content and services faster than ever and without disruption.”

Internet traffic has soared as result of the COVID-19 crisis. iomart is increasing its ability as a service provider to respond to this and anticipate future demand. Using 5th generation ASR technology at the point where iomart’s private fibre network intersects with the internet, the planned network expansion will reduce the chance of bandwidth bottlenecks, enabling content such as on-demand video, voice and cloud services to travel along the optical fibre at speed.

Ishbell MacPhail, Regional Leader, Cisco, added: “In the last year, connected technologies and applications have played a major role and helped to solve unexpected challenges in all industries – from home schooling to healthcare. iomart’s focus on reliability and speed will see them continue to play a key role in a new, connected normal. We’re delighted to be working with them.”

Capacity will increase from 10GB to 100GB through two of the most interconnected peering facilities in Europe, Telehouse London and Equinix in Slough, and through iomart’s largest data centre in Maidenhead.

iomart is also increasing resiliency for customers in its key data centres with the addition of extra fibre routes. Those facilities will benefit from three independent routes into the building, providing true physical path diversity.

iomart’s private network infrastructure stretches for more than 2,000 km up and down each side of the UK, supporting the digital ambitions and multi-cloud strategies of businesses the length and breadth of the country. This further upgrade provides extended capacity to iomart’s existing high speed, low latency network.