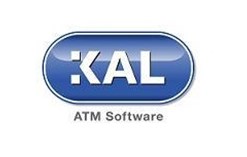 KAL ATM Software has announced the immediate availability of a whitepaper that details an innovative new approach to solve the banking industry’s long-standing dilemma of mandated ATM hardware upgrades to migrate to new versions of Microsoft Windows. The new approach proposed by KAL has the potential to save banks huge sums of money. This is timely as Microsoft’s support for Windows 7 will end January 14, 2020 and banks must start soon to upgrade their ATM networks to Windows 10.

As the ATM industry learned from the last upgrade cycle, upgrading an ATM network with new processor boards and operating systems is expensive, disruptive and complex. Worst of all, the upgrade cost is only a stopgap until the next upgrade of Windows comes along.

It is time for the ATM industry to take a new approach and break the costly pc-core upgrade cycle.

That required thinking outside the box. KAL, working alongside Red Hat, VMware and Wind River, have done just that and created a solution that breaks this cycle. It is called OS-Virtualization.

OS-Virtualization applies a widely used technology, prevalent in today’s datacentres, known as a hypervisor to uncouple the hardware from an ATM’s operating environment. This separation enables software drivers that otherwise will cease to be supported when Windows 7’s support period ends in January 2020 to continue to be supported by the hypervisor supplier instead. The Linux-based hypervisor serves as the “host” operating environment supporting a “guest” virtual operating system environment running Windows 10 and the entire ATM software stack.

In addition to the advantage of being able to run on many of the current ATM hardware models without requiring an upgrade to the ATM processor, this new approach protects the massive software assets that have been developed using Windows over the years by banks.

Aravinda Korala, KAL CEO, said: “It is really exciting to share a new application of hypervisor technology that will relieve banks from having to invest in hardware upgrades every few years. OS-Virtualization is a new concept for ATMs that will open the banks’ eyes to a new way of looking at Windows upgrades.This is truly a revolutionary event for the industry.”

Several visionary banks around the world have been working with KAL and the hypervisor suppliers to test this alternative approach and the initial results are very encouraging.

Jiří Charousek, Infrastructure and Operations Director atČeská spořitelna, the first European bank to test the virtualisation concept, said: “We were concerned at having to upgrade our hardware so soon after the XP-W7 upgrade and we are really happy that virtualization provides us with an alternative option.”

For more information, read KAL’s whitepaper, No more ATM hardware upgrades with OS-Virtualisation. Please also visit our dedicated Blog on virtualization or contact us at info@kal.com for more details.