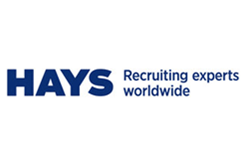 Employers in Scotland have stepped up wellbeing support since April, however, work-life balance amongst Scotland’s professionals shows significant disparity amongst sectors, according to a new survey by recruiting experts Hays.

The survey of over 700 employers and employees in Scotland* revealed that nearly half (48%) rate their work-life balance between average and very poor, with little improvement since the onset of the Covid pandemic in March (45%).

More than two thirds (69%) expect their work-life balance to remain at its current level over the next three months.

John Moore, managing director of Hays Scotland, commented: “Professionals have faced a huge degree of change which has taken its toll, particularly on millennials. Typically, this group are interested in exploring new career paths and progressing into more senior roles which may now feel out of reach due to the uncertainty caused by the pandemic.

“It’s certainly encouraging that employers have stepped up their wellbeing support, but our findings suggest that far more needs to be done. What’s key is ensuring that the support and perks on offer are tailored to the different demographics. What a professional over fifty needs to manage their wellbeing and work-life balance is likely to be different to someone in their thirties. One size doesn’t fit all when it comes to providing this support. We’ve got to address this now – employers have a responsibility to make sure wellbeing doesn’t plummet further over the winter months.”