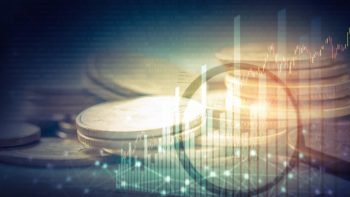 Scotland has seen huge startup investment this year, raising a record £53.3 million, according to new research.

Data compiled by Dealroom, Tech Nation and the UK’s Digital Economy Council have revealed almost £36m were raised for alternative protein company Enough and a seed round by Edinburgh-based workspace platform Desana.io.

In Scotland during the first six months of the year, the value of several firms increased, including Edinburgh-based firms such as Zumo (£48m), Snap Dragon ($6-10m), Calcivis (£21.9m) and Shot Scope (£8m).

Investment generally in UK-based startups more than doubled in the first half of this year, hitting $18 billion (£13.1bn),

This is almost three times more than the same period a year ago, more venture capital than both Germany and France combined, and four times higher than investment raised in Israel.

The data also showed that Britain is now home to more than 100 tech unicorns and 153 ‘futurecorns’ – high growth companies with the potential to become unicorns.

Commenting on the numbers, Tech Nation’s Head of Insights George Windsor said: “We are in the midst of the fastest and most astonishingly high growth we’ve ever seen in the UK tech ecosystem.

“So much so that when it comes to the size of VC investment rounds, we are going to have to re-evaluate what we think of as being significant.”

Global venture capital (VC) investors continue to inject record amounts of money into Scottish scaleups, according to a study from mid-August.

KPMG research revealed that more than £258m was invested into fast-growing Scottish firms in the second quarter of 2021, bringing total Scottish scaleup investment to more than £322m so far this year.

Commenting on Scotland’s record investment, Karen Meechan, interim CEO at ScotlandIS, said: “It is fantastic to see Scottish tech businesses securing record levels of investment. It is a true testament to the quality of our growing industry, and the expertise, talent and innovation taking place within Scotland’s borders.

“Helping businesses secure the investment needed to start-up, scale and grow has long been a focus of ScotlandIS and while there is an ongoing need for investment in Scottish tech businesses, this report is hopefully a positive look at what’s to come.”

Edinburgh is in the top 10 for major tech hubs across Europe, with the UK in general having several major hubs including London, Oxford, Bristol, Birmingham, and Cambridge.

Figures released by search engine Adzuna in June, alongside Dealroom, revealed that job vacancies across the UK tech sector make up 12% of all open job posts in Britain.

UK tech sector recruitment has seen its biggest increase in five years, the research indicated, while nearly $50bn investment has poured into the digital sector.

More than 100k job vacancies have become available per week since February 2021, while open roles rose to 132k in one week in May.