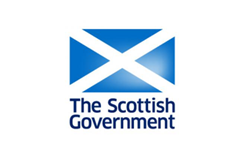 Connectivity infrastructure in Scotland is to set for a major boost after ministers unveiled plans to invest over £100m in digital as part of a recovery and renewal budget.

The Scottish Government will plough £98.2m into high quality broadband and mobile coverage projects in order to respond to the needs of citizens and businesses who have been increasingly reliant on technology during lockdown.

An additional £7m will be secured towards making Scotland a ‘world class hub for digital business’, as part of a new investment to drive economic recovery, bolster public services and support families.

She said: “This budget is being delivered in exceptional circumstances as we continue to battle a pandemic that has shaken our society and economy to the core, and as we face the harmful impacts of Brexit.

“It promotes innovation and reform, new beginnings, new directions. And while it continues to target support in the immediate term, it also tracks a course over the next year to build a fairer, stronger and greener country.

“To help drive our green economic recovery I am providing the stability and certainty that businesses have asked for through the most competitive reliefs packages in the UK. There are innovative measures to promote sustainable growth and we are investing more than £1 billion in jobs and training.

“Throughout these dark times we have never given up hope. This budget seeks to build on that hope and, by focusing on how we rebuild and renew our country, make the light at the end of the tunnel shine that bit brighter.”

A new Green Workforce Academy to help people secure work in the low carbon economy was announced along with a £100 million Green Jobs Fund over the next parliament as well as £7 million towards making Scotland a world class hub for digital business and an additional £125 million for the Young Person’s Guarantee, employability and skills.

Health receives record funding of over £16 billion, an increase of 5.3% on 2020-21, along with a further £869 million to continue tackling coronavirus, including funding for the vaccination and test and trace programmes.

To support family budgets, £90 million is being made available for local authorities to freeze council tax.

Business support remains a priority and the Finance Secretary confirmed that the Local Authority Discretionary Fund will be doubled to £60 million in this financial year to allow councils to respond to local needs. In addition, businesses eligible for the Strategic Framework Business Fund will receive full Level 4 payments on 22 February, regardless of any future changes to local restrictions.