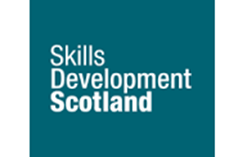 New research published today confirms that Scotland’s tech industry is one of the fastest growing in the country, contributing £4.9bn to the Scottish economy and supporting almost 100,000 jobs.

The Skills Development Scotland report also forecasts that the tech sector will be the second fastest growing in Scotland between now and 2029, beaten only by childcare services, and is expected to grow one and half times faster than the economy overall.

“Scotland’s Digital Technologies 2019” also states the number of people needed to support the tech industry has significantly increased, with more than 13,000 jobs available each year in Scotland, a rise of more than 200 a year based on figures previously released by SDS in 2017.

Claire Gillespie said: “There has been a shift from the traditional role of tech as a business support function to being an integral and fundamental part of just doing business. Although this report focuses mostly on the tech companies, the reality is digital skills are now vital for every organisation, across the entire economy.”

“The career opportunities are phenomenal, exciting and hugely rewarding, especially in fast paced sectors like fintech, digital health, gaming and even the digital transformation of the public sector.”

Despite the positive news around digital technology careers, SDS claims more still needs to be done to address the skills gap, particularly in the areas of equality and education. Although the proportion of women in tech roles increased from 18% to 23% in the three years between 2015 and 2018, there is still a long way to go to address the serious gender imbalance.

In terms of education, although there has a been a 20% increase in students studying computer science at University, there has been a 12% decline in pupils taking the subject at school.

Gillespie said that work is underway, in partnership with Education Scotland, to address this issue. She also mentioned the growing popularity and importance of alternative “pathways” into digital jobs.

The SDS sector manager concluded: “The type of qualifications on offer in schools have been widening. Apprenticeships, particularly Foundation Apprentices, offer a great alternative to traditional academic routes for youngsters, as do the National Progression Awards. Over 1700 pupils undertook NPAs in computer games development last year, and another 800 did the cyber security NPA.

“And of course maths is a particularly good way of getting into computing related work. There were more than 80,000 maths passes last year. So although the decline in computer science uptake is concerning, there are plenty of other options and opportunities for pupils interested in careers in digital technology.”