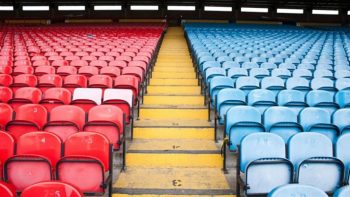 A study by the University of Edinburgh has found that smart analysis of football data could help Scottish clubs build a better game after the pandemic.

Using a wealth of available digital information, clubs can gain a clearer understanding of who their fans are, what they want and how best to engage with them.

Researchers suggested that clubs that already harness data to improve on-field performance need to “adopt a similar approach off the pitch”.

The study was led alongside four Scottish clubs – Aberdeen, Hearts, Hibs and Motherwell – and has helped build a ‘clearer picture’ of fan engagement as the sport recovers after Covid-19.

Data can also provide clubs with insights into how fans engaged with the Scotland men’s team during this summer’s European Football Championships, researchers claimed.

The study confirmed football’s “unmatched social reach,” revealing that more than a third (36%) of the four clubs’ season ticket holders lived in the most deprived, or second most deprived, postcode districts.

Commenting on the research, lead researcher Professor Grant Jarvie said: “Football, for all its flaws, has been an anchor of support in Scotland’s areas of multiple deprivation.

“We should not forget the power of sport as a force for good and, in Scotland, football is by far the most popular vehicle for this.”

At the same time, researchers in the university’s School of Education and Sport and its Bayes Centre for data-driven innovation urged clubs to “widen the game’s appeal”.

Scottish football makes around 48% of its income from gate receipts, which is more than any other country in Europe.

This means that clubs must cater more for fans who want to consume football, but not necessarily inside the stadium on match day, the report claimed.

Professor Jarvie added that the pandemic exposed “frailties” in all areas of public life, and that sport was “no exception”. Match-going habits were broken, clubs worried about fan engagement, lost revenue, and ticket sales.

“Just as the use of data has informed Covid decision making, it can help secure a better future for football, which offers wider financial, economic and political benefits,” Professor Jarvie continued.

Additionally, Covid-19 has created a set of circumstances that has forced Scottish football to reflect about what its priorities are. Researchers suggested that clubs must “remain flexible, innovative, and responsive” if they are to minimise the risks associated with an over-dependency on a specific income stream such as gate receipts.

Researchers said that building and sustaining relationships with fans of the men’s and women’s game should not just occur in the stadium, around match day, or only during the playing season.

“Opportunities exist to grow meaningful conversations with, and extend the football family, through social media and digital platforms 24 hours a day and 52 weeks a year,” analysts said.

Professor Jarvie added: “Scottish football needs to take advantage of key influencers and social networks to stay relevant, while understanding that these are fluid.

“Capitalising on this is an ongoing work, which can significantly boost the Scottish game’s profile – not just at home but overseas, where our clubs and the national teams have considerable reach.”