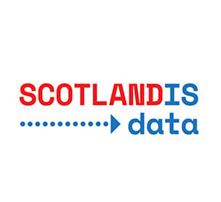 Recent figures show that the Scottish Tech sector is performing well and demonstrating significant growth. Across the country, Tech companies have raised £446 million this year which is a record for the sector. There has also been a dramatic increase in the level of investment being raised by the Scottish Tech Start-ups with over £53 million so far this year which is three times the figure for last year and more than that being raised in France and Germany combined.

Data being provided by Adzuna, states that tech jobs in Edinburgh and Glasgow make up 30% and 28% respectively of all vacancies.

Edinburgh is now in the top 10 for major tech hubs across Europe and Glasgow is ranked as the third most attractive city in the UK for relocation when considering salary to cost of living comparisons.

According to figures provided by Accenture, demand for tech professionals in Scotland increased by 25%in the first six months of this year suggesting significant activity across the sector.

“Scotland’s tech is booming right now with more roles than many other parts of the country available. It’s fantastic to see how confidence in UK Tech is translating into exciting opportunities nationwide.

Top data science skills currently being requested by employers in Scotland include machine learning, analytics, artificial intelligence, statistics, and experience in Python. The average advertised salaries for Data Scientist roles have increased by 31% in the past two years. Interestingly, job openings seeking AI skills were up 84% in Scotland.

Additionally, there was more good news this month for the development of the Scottish Space sector with the announcement that Glasgow Prestwick Airport have sign a memorandum of understanding with Astrius who will be providing horizontal launch capabilities for low orbit assets.

Introducing horizontal launch capabilities to the current vertical launch options being established at spaceports across the country further helps to expand and develop not only the service offerings being provided but also the resident skills within the appropriate support industries and supply networks.