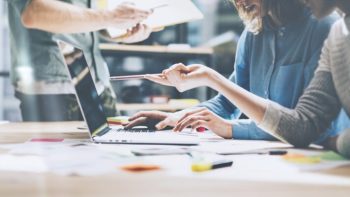 Despite uncertainty and investor anxiety in other sectors around Brexit, venture capital funding continues to come to the UK in record amounts.

In 2021 alone, tech investors have backed UK startups with £20 billion in funding, meaning investment has almost doubled in the last three years.

The funding milestone was noted by Beauhurst – which tracks startup deals in the UK – with the figures originally shared with The Telegraph. They found that the record numbers were accommodated by recent, huge investments in companies like Revolut, Checkout.com and Hopin.

2021 has seen a 32% increase in investment over 2021 – though last year could understandably be considered something of an outlier. The figures presented by Beauhurst are certainly no false dawn, however, as investment is on track to double the £11.7bn total from 2018.

In Scotland specifically, during the first six months of the year, the value of several companies increased, including Edinburgh-based firms such as Zumo (£48m), Snap Dragon ($6-10m), Calcivis (£21.9m) and Shot Scope (£8m).

Britain is now home to more than 100 tech unicorns and 153 ‘futurecorns’ – high growth companies with the potential to become unicorns.

Speaking about the rise of startups on the continent, Rob Kniaz, a partner at venture capital firm Hoxton Ventures, said in a quote given to the The Telegraph: “The world is waking up to bigger things happening in the UK and Europe. Historically we’ve had far less capital than in the US but you’re seeing these really big companies getting created here.

“When you have a Revolut worth $35bn, those numbers are getting big enough where people are saying: ‘OK I do believe you can create a big company here now.’ People are seeing these are real companies and real numbers, and you can’t argue with that.”

“Everyone is moving at twice their normal cadence. Things that five or 10 years ago that would be outside our core remit are now entering the tech VC space, because you’re seeing these massive global companies that are becoming winner takes all, and increasingly those are coming from the UK and Europe,” he added.