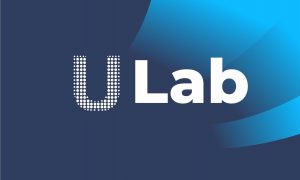 ULab Equipment Ltd, a company providing software for the management of laboratory equipment, has been spun out from the University of Strathclyde.

The ULab platform provides lab managers with all the tools they need to run their labs more safely, more sustainably and more efficiently. ULab can also help generate additional revenues.

The Software as a Service platform was first developed 8 years ago to meet internal needs at the University of Strathclyde. Use quickly spread to other universities and commercial labs and there are now thousands of users in hundreds of labs across several countries.

The ULab platform has become an important keystone tool in many labs whose managers have said they can’t imagine running their labs without ULab.

The management team for the new company includes Tim Plumridge and Ian Thompson, the software developers with a combined 40 years of experience, who have built and managed the platform over the last 8 years and Blair Johnston, a prominent research chemist and data scientist with strong connections in the research community across the UK and first came up with the ULab model.

The spin out was supported by Mark Roger and his team from Vivolution and he joins the management as a Non-Exec Director.

The ULab team is joined by Simon Mone as CEO. Mone has over 20 years’ experience in digital technology having founded and successfully run several companies.

ULab CEO Simon Mone said: “This is a very exciting time for ULab. We already have some users signed up as customers and have plans to further develop the platform generating new IP.

“We will be seeking to raise funding this year to help us grow and we are pitching on 10 June at technology investor showcase EIE 2021.”

ULab is deployed on the IBM Power Cloud – operated in partnership with Cognition Foundry – a platform of which ULab is an early adopter.