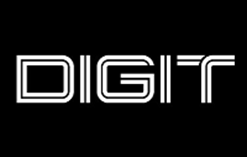 DIGIT is welcoming entries for the inaugural Scottish Financial Technology Awards, which will celebrate the development of the national Fintech ecosystem.

Financial Technology has fast become one of Scotland’s most important industry areas, and one that is experiencing significant growth. In 2018, the Scottish Government revealed that the nation had attracted more than £37 million worth of Fintech investment over the past 10 years, and with this investment has come a buoyant national ecosystem.

The sector has also seen a marked increase in the number of Fintech SME organisations, from more established companies like Nucleus Financial and FreeAgent, to newer entrants such as Castlight, Sustainably and LendingCrowd.

FinTech Scotland has identified more than 95 Fintech firms based in Scotland, and predicts there will be at least 100 by the end of May 2019. Some of this growth is coming from entrepreneurs launching Fintech businesses from universities and incubators, while some is coming from existing businesses that are moving to Scotland to benefit from the fast-growing Financial cluster and world class talents.

The Scottish Financial Technology Awards has been launched to recognise effort, innovation, customer outcomes and socio-economic impact. While the criteria varies across the different categories, the awards will share a number of common characteristics, with judges seeking to reward outstanding accomplishments, invention and improvement.

Commenting on the launch of the awards, Ray Bugg, DIGIT’s Founder, said: “It’s been a huge privilege to see the way the Scottish Fintech community has grown and developed over the past six years. During this time we’ve seen a host of local entrepreneurs emerge, amidst widespread innovation and transformation right across the sector.

“When we hosted our first event back in 2014 the ecosystem looked very different, there were only a handful of Fintech start-ups, and much less support and collaboration between the stakeholders. I think it’s really important to take a moment to recognise the progress that’s been made, and get an opportunity to spotlight some of the individuals and organisations that are driving this forward and putting Scottish Fintech on the map.”

Stephen Ingledew, FinTech Scotland‘s Chief Executive, said he was “delighted to see the launch of the Fintech Awards, which will recognise the growing number of innovative enterprises in Scotland focused on reinventing Financial Services with new technology and data”.

He added: “I’m especially pleased to see the spotlight on those leading Fintech innovation to improve consumer outcomes and having a positive impact on communities in Scotland and globally. We very much appreciate the leadership of the DIGITteam in introducing these new awards, which I know will generate a significant amount of interest across Scotland’s expanding Fintech community.”

The inaugural Awards will include the following categories:

The Judges for the Awards will be:

The Awards will be held on the 25th of September at Edinburgh’s Grand Sheraton Hotel.

For details on how to enter, please visit www.scottishftawards.com.