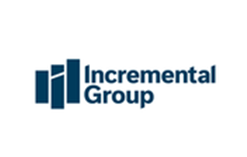 Incremental Group is continuing its expansion with the opening of a new office in Edinburgh. The office, situated in the busy Commercial Quay, directly opposite The Scottish Government’s Victoria Quay building in Leith, will be home to 24 people.

Expansion into Edinburgh increases Incremental’s presence in the capital and provides access to a wider pool of talent. The new base is strategically important as Incremental expands its customer base in Financial Services, the Public Sector and its partnership with Microsoft.

“The opening of an Edinburgh office is testament to the success we have achieved in the last 24 months and will be key to enabling future growth. It helps us better support our expanding customer base, secure the best talent, and deepen our relationship with Microsoft.”