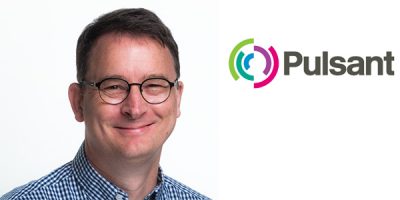 This blog article from Simon Michie, CTO of Pulsant, discusses how the emergence of edge computing could be advantageous to Scotland in addressing the digital ‘North-South’ divide.

Edge computing is fast emerging as a technology with huge potential to remove the damaging divide that leaves Scotland at a digital disadvantage.

Studies repeatedly show how the northern half of the UK lags behind its southern counterpart in productivity, skills, investment and access to the expertise of the big cloud technology suppliers, vendors and the ecosystems of partners and specialists.

The North-South digital divide is so worrying that “levelling up digital prosperity” is one of the ten priorities of the Departure for Culture Media and Sport (DCMS). In September it published research into the subject, entitled Assessing the UK’s Regional Ecosystems. This cites official figures showing that whereas 8.4 percent of jobs in London are in the digital sector, and 5.7 percent in the South East, in Scotland the figure is 3.4 percent. The North of England is similar: in the North West just 2.8 percent of jobs are in the digital sector, and the North East, 3.1 percent.

There are plenty of grounds for optimism, however. The DCMS report says between 2015 and 2019, Scotland enjoyed the highest rate of growth in digital sector employees of any UK region (8.2 percent). It sees computer programming and consultancy and broadcast as areas of high potential and cites the success of Skyscanner to emphasise the nation’s capacity to generate major digital companies. It identifies 326 high-growth Scottish businesses and points to Scotland’s strength in the fintech sector and its advantages in education.

But talent shortages, lack of diversity in digital businesses (to create critical mass) and longer-term venture capital investment remain major problems. So too is location. Not only is there a gap in access to expertise and funding options, but the distance from central data hubs is a also a disadvantage when it adds latency to network connections, reducing the speed at which data moves back and forth between the end-user and their workload in the cloud. In a world where smart manufacturing, agriculture, IoT, logistics, automated trading and consumer gaming all rely on very low latency and high-bandwidth connectivity, the drawbacks of geographical distance are significant.

Research shows how Scotland misses out

Research by Pulsant among IT decision-makers and business leaders at mid-sized companies found a pattern of disadvantage in Scotland. Six-in-ten IT decision-makers in Scotland (61 percent) said their location was a barrier to business connectivity and 56 percent said it caused them problems obtaining talent. Half said accessing reliable IT infrastructure was a difficulty because of location.

Although 98 percent of business leaders in Scotland said they wanted to see digital transformation, 40 percent said their plans were held up by insufficient network capacity (compared with just 22 percent in the South of England). Six-in-ten business leaders also said recruiting and retaining talent was a constant problem in Scotland, as was gaining access to the right IT infrastructure, compared with slightly more than four-in-ten (42 percent) in the South.

The role of 5G and the fast emergence of edge computing

This geographical disadvantage is what edge computing is set to remove – primarily by resolving latency problems. This in turn opens the door to new SaaS applications, new business models and transformed levels of service for all businesses and organisations. Edge computing is essentially the processing and analysis of data closer to the end-user to reduce data transfer with the central cloud hubs and increase speed. Using a network of devolved, regional data centres and 5G connectivity, businesses gain low latency access to the cloud, enabling them to employ data-hungry applications or deploy millions of sensors and devices in smart technologies.

A national edge platform of well-connected and well-sited regional data centres is the backbone of these advances, sitting between the on-ramp to the public could and the network-to-network interfaces. This delivers sub-five-millisecond latency to end-users and supplies the data backhaul required by mobile network operators. These data centres also need to have their own dedicated low latency connectivity with the public cloud through high-speed fibre.

The edge platform will bridge the divide

When more organisations in Scotland can avail themselves of a purpose-built edge platform that is part of a genuinely national network connected by high-performance fibre, they will overcome their geographical disadvantages.

Irrespective of location, edge computing will transform almost all areas of business, healthcare, and government right across Scotland. It will facilitate the vast expansion of artificial intelligence and machine learning, enabling, for example, remote diagnostics and monitoring in medicine, interactive gaming, and autonomous vehicle technologies. Organisations will be able to provide vastly improved customer experiences and embed sophisticated applications from any vendor or supplier as part of their digital transformation ambitions.

By increasing revenues, becoming more attractive to investors, and offering opportunities for innovation, they can attract a much wider pool of talented individuals, who will take the organisation forward. Edge computing will also further accelerate the progress towards dispersed and hybrid patterns of work that the pandemic has already boosted, making it easier for businesses to offer workers flexibility and recruit and retain skilled employees.