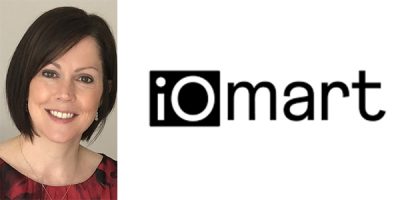 Being a woman in any job shouldn’t mark you out. In an ideal world – hopefully the one we are moving towards – there wouldn’t be male and female dominated industries. Gender specific jobs are anachronistic and it’s fantastic to see more and more industries making a concerted effort to see that the very concept disappears.

Unfortunately, the tech industry is still one of those that is playing catch-up. Clearly there are positive examples of businesses attempting to buck the trend but, as an industry, we still have a lot of work to do.

In 2017, a report from PWC highlighted some particularly damning statistics for women in tech. For example, only 3% of females said a tech career was their first choice, only 5% of the industry’s leadership roles were filled by women and so, unsurprisingly, 78% of students were unable to name a famous female working in tech at that time.

I’d like to think that if those same statistics were revisited now, almost five years later, there would be improvements across the board. Indeed, some stats show women making up more than 30% of the tech workforce which is certainly encouraging growth. Unfortunately, the number of female leaders in tech remains depressingly low.

Nobody ever got anything done wallowing in statistics though. And the positive direction of travel shows that change is possible. What’s more, with Scotland fast asserting itself as the UK’s tech leader – Scotland’s tech sector is growing faster than the rest of the UK with a 25% rise in demand in the six months to September according to a report from Accenture – it has never been more important for tech companies to challenge the damaging historic gender dynamic for which the industry is still known.

Unfortunately, like so many issues as broad and complicated as gender equality, there is no silver bullet. It’s something that will take a coordinated approach on behalf of the entire sector to really solve. And it will take time.

That being said there are two areas in particular that will be extremely important – widening the pipeline for women coming into the industry through education and incentives, and supporting those women already in the industry to progress and become the decision making leaders of tomorrow.

According to data from UCAS, women remain underrepresented on STEM university and college courses. This underrepresentation, it would seem, comes from the belief the opportunities for career progression simply aren’t there for female candidates in the tech industry. But this is something the industry as a whole, and companies within it, can change.

Whether it’s offering targeted apprenticeships, engaging with schools in delivering the STEM curriculum or supporting staff with additional cross-training opportunities, prioritising these areas can make a real difference now and in the future.

Decisions are made by those at the top and the lack of female leaders in tech is a major issue when it comes to progression. Supporting women in existing roles to progress to more senior positions is a massive factor and should be a priority. Like education it’s also something the industry has the power to change.

In fact, it is something about which iomart is already taking action. We are by no means perfect and, as with our industry peers, we have some way to go before realising genuinely balanced representation across our business. But we can either point the finger elsewhere and blame broader sector challenges, or we can step up, be accountable, and try to do something about it. We choose the latter.

We are extremely proud to be supporting the Empowering Women to Lead Digital Transformation in Scotland initiative, delivered by Empowering You and in association with the Scottish Digital Academy, Scottish Government and ScotlandIS.

Our involvement began as sponsors of the 2021 graduation. It was really great being part of the graduation ceremony and watching the incredible presentations the teams had prepared.  It was inspiring seeing how women from different companies and areas of specialism came together on a project. Hopefully we’ll see at least some of them take advantage of opportunities in leadership roles.

I am really pleased to be a programme champion supporting the 2022 cohort and can’t wait to get started. Projects like this are exactly what we need to see more of if we are to face the challenges being posed to our industry when it comes to diversity and female representation. I am incredibly proud to be part of iomart’s efforts to do just that.