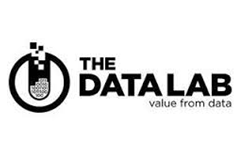 In the past decade, Edinburgh has quietly become one of the UK’s most thriving tech hubs. According to the Tech Nation UK 2018 report (pdf), the city saw a 526% increase in digital startups between 2006 and 2016. It was named the UK’s best city to launch a startup in 2017, thanks in part to this entrepreneurial explosion and its business survival rates over a five-year period. That’s before considering the wealth of student and graduate talent in the city.

Tech workers will also find lively digital startup scenes in Glasgow, where the sector contributes £1.31bn in gross value added to the city’s economy, and Dundee, whose growing tech cluster has nearly doubled its turnover since 2014.

The Scottish government’s Scotland Is Now marketing campaign, launched earlier this year, aims to draw even more talent into the country by emphasising Scotland’s openness to students, investors, migrants and visitors.

So is all of this growth and government support making a difference when it comes to gender equality in the traditionally male-dominated tech sector?

The statistics seem promising. According to the British Computer Society’s 2017 diversity report (pdf), Scotland leads the UK in terms of gender inclusion in the tech sector, with women making up 20% of tech professionals (compared with 17% nationally). This, however, is a long way off being representative of the population.

Jude McCorry is head of business development at The Data Lab, a Scottish data-science centre. She says by far the greatest strength of the scene in Scotland, and particularly in comparison with its counterparts in other areas of the UK, is the atmosphere of collaboration.

“I’m Irish and people always look to Ireland for the answers for the tech community,” she says. “It attracted a lot of major multinationals on the back of the tax situation.” Ireland’s 12.5% corporate tax rate (in comparison with 19% in the UK) has seen tech behemoths including Facebook, Google and Twitter setting up their European headquarters in Dublin.

“Scotland has had to compete,” she continues. “But where it’s found a niche is around the sense of community. People here really do look after each other.”

Edinburgh, in particular, was praised in the Tech Nation 2017 report for its “highly supportive digital community”. The Scottish tech sector is helped further by a healthy meet-up scene; the Scotland Data Science and Technology Meetup now has more than 3,000 members, convening each month in cities across the country for talks on topics ranging from data in foodtech, to what the games industry has to teach other sectors.

It’s no coincidence that this supportive climate has sprung up in an environment driven by women, McCorry says, with female leaders at the forefront of many startups and established businesses, as well as the finance houses and other organisations that fund and support them. She points to Polly Purvis, CEO of digital trade body ScotlandIS; Jackie Waring, CEO and founder of angel investment company Women Investing; and Gillian Doherty, CEO of The Data Lab.

Likewise, there’s Carolyn Jameson, chief legal officer at Skyscanner, the unicorn travel company that became one of Scotland’s biggest tech success stories (it was established in Edinburgh in 2002 and sold for £1.6bn in 2016 to Chinese firm Ctrip, where Jameson is also now head of international mergers and acquisitions, and corporate affairs). She arrived in Scotland from the London commuter belt town, Newbury, 11 years ago, she explains, and says the country is “unrecognisable now”, as a result of the tech developments.

“One of the main advantages Scotland has is that it’s small that there’s still a vibrant sense of community; and that’s what has helped it to thrive.”

But, she continues, that’s not to say that Scotland has completely overcome the sexism that permeates the tech industry in general. Attitudes can “absolutely be challenging at times”, she says.

“Those wider networks are still largely made up of men and that can be a barrier to breaking in. The gender imbalance is still an issue.”

But, in general, there’s a consistent effort in Scotland to have women properly represented and catered for, says McCorry. The government has committed to increasing free childcare for three- and four-year-olds from 600 hours to 1,140 hours per year by 2020, and the country is making progress on the gender pay gap, which is 6.6% for full-time workers, in comparison with the UK-wide figure of 9.9%. And the government-backed Equate Scotland initiative, launched in 2006, is working to increase gender equality in science, technology, engineering and maths.

There’s no getting around the fact that Scotland’s scene is simply smaller than many other hubs across the UK, however. Tech Nation estimates that Edinburgh and Glasgow are each home to around 10,000 jobs in digital tech, while Bristol has more than 24,000 and Manchester has in the region of 30,000, all of which are dwarfed by London’s 318,000. It’s understandable, then, that women would be tempted to look south of the border for work. Likewise, the majority of Scotland’s graduates still tend to leave the country; a 2018 survey found that only 32% of those studying in the country were planning to stay after completing their courses.

Computer scientist Tayyaba Nafees is just starting out in the Scottish tech world after completing her PhD in cybersecurity at Abertay University. She recently launched her company, CyberShell Solutions, to market a tool she created in her PhD; it preempts weaknesses in software design that could be exploited by hackers, enabling companies to protect against attacks before they happen.

The project has already shown incredible promise, winning Nafees an enterprise fellowship from the Royal Society of Edinburgh, third place at this year’s Converge Challenge enterprise contest (which showcases innovative ideas from Scottish universities) and, most recently, the Rising Star award at the 2018 Scottish Women in Technology (SWiT) awards.

This support has encouraged Nafees, who is originally from Pakistan, to carry on in a field where she is well aware that people like her are underrepresented.

“Cybersecurity is a very male-dominated area and I am Muslim woman,” she says. “But SWiT has given me a huge network and connections to find more women who can mentor me.”

“It’s shown me that I’m not the only woman working in this area; there are many and they are doing a brilliant and successful job. It’s given me a lot of confidence that what I am doing is right. Women here are working and making a difference, and that’s a true inspiration.”