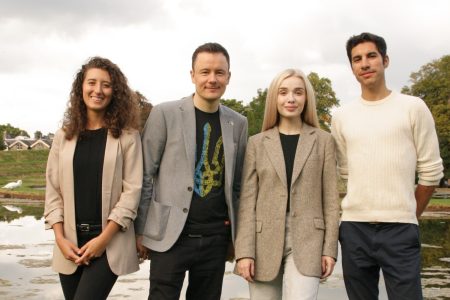 Edinburgh-headquartered AstroAgency, has secured three further deals with the UK Space Agency (UKSA). AstroAgency is currently supporting UKSA to promote the benefits of the Clearing the LEO Environment with Active Removal (CLEAR) mission, led by ClearSpace, to remove defunct satellites from orbit.

The company has also won new private sector contracts with leading global space consultancy, Euroconsult, following a competitive tender process involving several different marketing agencies. It has also entered a deal with space data firm Earthwave for a short-term project to promote its latest products to the US market.

Finally, the company has announced its official role as the marketing-arm for industry-led body, Space Scotland, as well as confirming that leading satellite firm Spire Global will continue to partner with AstroAgency in the year ahead, following the delivery of two successful pilot projects together during 2022.

The positive news comes after AstroAgency faced difficulties last year as a result of the Russian invasion of Ukraine. A number of the firm’s staff based in the country were caught up in the conflict, including Chief Operations Officer Daria Filichkina, who fled the country with her young son in April last year.

Antonio Duduianu, AstroAgency’s Senior Project Manager said: “This is a tremendous achievement following what was an emotionally challenging year for us and it sets us up well for our fourth year of operations and international expansion targets.

“The onset of the Russian invasion of Ukraine had both direct and indirect consequences but didn’t prevent us from producing some of our most impactful work, including writing the world’s first space sustainability roadmap, together with our partners Optimat.”

The business regrouped and took on ten clients in the first quarter of last year with some employees working out of Ukraine during the Russian invasion, while other members of the growing team were dotted around space hubs in Europe. This success meant the company soon reached its milestone of supporting 50 space organisations within its first three years of operations.

The firm will deliver support for the upcoming UK Space Agency ‘Ignite Space’ conference in Bristol this March, as par of their new UKSA contracts. And AstroAgency will be working with the government agency to promote the significant work being done in the UK around space sustainability. In addition, the business has joined forces with space economics expert, know.space, to promote the UK’s various space clusters internationally.

Chris McQuire, Head of Local Growth at the UKSA, said: “Supporting local growth within the UK space sector and taking a leading role in space sustainability are key priorities for the National Space Strategy, which we’re helping to deliver.

“Working with AstroAgency will help us meet these ambitions, generating more opportunities for space-focused organisations across the UK and strengthening the influence of our leading position on responsible space activity around the world. We look forward to taking the next steps with AstroAgency on these projects.”

The firm succeeded against other marketing and PR firms to secure a coveted role in promoting Euroconsult’s industry-leading market intelligence reports and prestigious space industry events.

Fellow Edinburgh company, Earthwave, which specialises in data discovery and visualisation platforms as well as Polar and Glacier Ice monitoring using space technology, started its collaboration with AstroAgency with a project focused on the United States.

Euroconsult’s CEO Pacôme Révillon, said: “We’re delighted to have extended our contract with AstroAgency. We look forward to continuing our successful partnership and delivering a wider scope of work together to promote Euroconsult’s business lines throughout the year ahead.”

The positives come after AstroAgency founder Daniel Smith was invited by the United Nations Office for Outer Space Affairs to share his experiences on engaging with industry, academia and government on the topic of space sustainability gained through his roles with AstroAgency, Space Scotland’s Environmental Task Force and the UK Space Agency’s Safety and Sustainability advisory group. The space entrepreneur was recently included in a list of the top 40 influential people in the aerospace and aviation field on LinkedIn, as voted by Pineapple Empire.

AstroAgency is also in the process of appointing its first advisory board, selecting five individuals with experience in business and media in the space and technology sectors, helping the company broaden its connections within the growing market. The company’s ‘SpaceBar’ monthly online gatherings aim to raise awareness around the benefits of space technology for society and the environment and are free for anyone interested in space, accessible from the firm’s social media channels and led by science broadcasters Dallas Campbell and Dr. Suzie Imber.