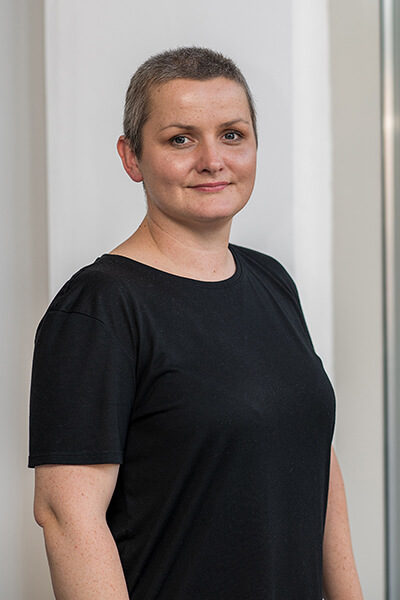 Interesting, not without its issues, and definitely worthwhile is the answer if you ask me.

My interview experience with Joanne was the same as many are facing now, Joanne was interviewed remotely, not because we were on lockdown at the time but because I was undergoing some medical treatment that meant I was unable to mix with a wide group of people.

The first thing I’ll say is it is hard.  Really hard.  There is something about meeting someone face to face that video just can’t replicate.  Yes, you can see the person and watch their reactions, but it does feel unnatural, for me at least.  I was very aware that I should really give more background and context to the organisation, given none of our interviewees would get to go through the normal recruitment process.  Normally we’ll do a tour of the office, meeting a few of the team along the way, so potential recruits can get a feel for the place and how the team bounce off each other (literally sometimes, Ross, our membership liaison officers likes to fire his nerf gun at unsuspecting victims :P).  There are many unanswered questions prior to the video interview taking place, I was worried about it being difficult to really click with someone when you’ve only met them on video, how do you know they’ll fit with the team? However, I am so glad to say that didn’t happen.  I had a feeling about Joanne from the second the video started.  It turns out you can just get ‘that’ feeling that this person will really fit in, even via video conference!

Then came lockdown, which just happened to coincide with Joanne’s first day – getting her kit to her was interesting (you can read a bit more about that here) and kicking off the fully remote onboarding process.

We did plan to complete the on-boarding process very much like Joanne was in the office with us – meetings with all members of the team, sessions of the various programs we use to do our job on a daily basis, regular team catch ups, key priorities and learnings planned, campaign overviews given, current projects reviewed – that sort of thing.  But it didn’t quite work out that way – because Joanne joined the day the world turned upside down.

Almost everyone, from every industry started working from home.  There were tech challenges aplenty that our members were hugely well placed to help with and so the Tech Hub was created.  We were also aware that as a nation we did not want to leave anyone behind digitally, and so the No One Left Behind campaign was born.  We also knew that our members had some really big challenges within their own businesses, and questions that they would really like answered – and so a webinar series was pulled together with some top industry advisors in around 7 hours. It was hectic.

I am very aware that it could not have been the best experience for someone starting with the organisation – I had little time to work with Joanne and help her as I would have done in a normal situation.  Managing Joanne was almost an after thought in that first week, which I’m not proud of.

But she is an absolute superstar.  Joanne rolled up her sleeves and mucked in as best she could.  She quickly understood the ScotlandIS voice and tone that we were taking.  She proactively worked from the onboarding plans that I had sent her and set up her own meetings with the team.  She’s been an active participant in our team meetings, throwing out ideas and insights that we wouldn’t have got from anyone else.  When I was rubbish, she didn’t hesitate to whatsapp, phone, skype and zoom me until I got my head out of the next big thing I was working on.

The team were also fantastic, really looking out for her and taking her through what they could, step by step.

I’m so glad to say that it, and I, have got so much better after that first week; regular catch ups are scheduled, the key priorities and campaigns have now been discussed and are being worked on, future initiatives and campaigns are being considered, events are being scheduled.  Now, it really is like we are working in the office together.  For me it feels very much like Joanne has been part of the team for much longer than she has because she has just slotted in so well. She certainly has had a trial by fire.

Would I do it again?  Well, as an organisation we’re about to – we’re currently on the hunt for a new Research and Policy Manager.  The experience with Joanne has highlighted what we can definitely do better next time, but also that despite the challenges, we managed to get a lot of it right as well (you don’t have to believe me, you can read about Joanne’s experience here).  We might be a small team but when the going gets tough, we pull together and all help to welcome new folks to the family.