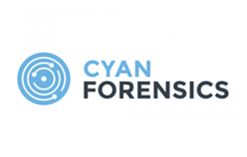 Cyan, the Scottish (United Kingdom), based company delivering technologies to help law enforcement find evidence in child abuse and counter terrorism investigations, today announced (DAY, DATE) a positive product assessment undertaken by one of the pivotal bodies in the global fight against child sexual exploitation. The results of NCMEC’s assessment builds on the UK Home Office adoption of the technology, which it described as ‘game-changing’, and Cyan’s first international sales.

The US National Center for Missing & Exploited Children (NCMEC), a key US non-profit whose mission is to help find missing children, reduce child sexual exploitation, and prevent child victimisation, has assessed Cyan’s digital triage tool and believes it has the potential to cut time, provide more focus to US law enforcement investigations and thus safeguard children.

Since their initial partnership was announced in August 2019, NCMEC has evaluated Cyan’s technology. It has found that Cyan’s computer forensics software tool, Cyan Examiner, “will work well to quickly and effectively identify child sexual abuse materials”.

Based on the analysis, NCMEC believes the tool will help to::

“Timing is critical in any case involving the safety of a child and for law enforcement working on cases of child sexual exploitation, the volume of content and devices that must be reviewed can mean days or even weeks of work. So even in the most urgent cases, it can make it harder to identify where they should focus their efforts,” said John F. Clark, NCMEC president and CEO. “Cyan offers a solution to this problem. At NCMEC we have assessed Cyan’s triage tool, and we believe it will work well to quickly and effectively identify child sexual abuse materials. We believe this technology can cut the time needed to point investigators in the right direction to more directly safeguard children.”

Ian Stevenson, CEO and co-founder at Cyan commented: “We are delighted to have our product recognised by NCMEC as being able to provide a fast and effective solution to many of the issues faced by law enforcement when investigating online child sexual exploitation. NCMEC is one of the foremost bodies in the US fighting to prevent child sexual exploitation, and their impact and relationship with US law enforcement cannot be underestimated. This backing will help get our tool into the right hands with greater speed.

Stevenson continues, “Cyan is working towards a world where there is no place that harmful digital content can be easily hidden or shared, and a key step is aiding law enforcement in catching paedophiles and terrorists. We are passionate about providing the tools to enable faster and more effective triage to bring justice more quickly against these crimes.”

Cyan’s suite of rapid digital triage tools are already used in counter terror policing in the UK and Europe. Having integrated with the UK Home Office’s Child Abuse Image Database, its tools are deployed nationally for child sexual exploitation investigations and Cyan recently announced further partnerships with Susteen and MCM Solutions. This positive analysis of their tool supports Cyan’s continued growth and expansion into international markets.