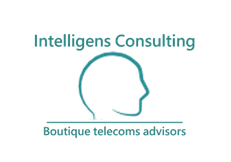 As telecoms consultants we get exposed to a broad range of clients giving us a real-time pulse of what is happening in the telecoms market. As a result, we are aware of market trends both from the supply side and users, and we understand the impact of telecoms legislation and government policy upon  market response and investor dynamics. Based on our recent interactions with investors, operators  and policy makers this article discusses how we expect the telecoms market to shape up in 2021.

Fibre deployments are likely to be more prevalent in 2021 spurred by lively investor activity and ambitious local authorities.

We are likely to see an increase in fibre deployment activity from new market entrants and smaller  Internet Service Providers (ISPs) including those operating fixed wireless networks. Fixed wireless  network operators are worth watching particularly as they have an existing customer base acquired  at relatively low cost which they can convert to fibre. ISPs with an existing customer base pose less  risk than a new market entrant for investors. Fibre assets offer a recurring revenue potential creating  long term income certainty for savvy investors.

There is recent evidence of increased ISP activity. According to Ofcom data, 35 operators applied for  Code Powers in 2020 giving them certain rights to deploy telecoms networks. This is a significant  increase from 2017 when only eight applications were received by Ofcom. Between December and  November 2020 alone, six operators applied to Ofcom for code powers to rollout fibre networks across  the UK (mostly in England). A handful of the six have indicated plans to deploy their own fibre  infrastructure rather than using Openreach infrastructure suggesting they will be taking their fibre  networks where incumbent operator footprints are currently limited.

Fibre activity is not just limited to new entrants, however. Liberty Global (the owner of Virgin Media)  through subsidiary Liberty Networks applied for Code Powers in 2020 signalling its intent to construct  and operate a highspeed broadband network across the UK. It is thought that the network will be  deployed over Openreach infrastructure where available and newly constructed fibre infrastructure  elsewhere. Further, Virgin Media’s own network expansion strategy has also been based on full fibre  further driving the rollout of full fibre.

One factor for this recent spike in fibre activity may be due to the increase in home working and online  learning. As a result of Covid-19 many of us strive for faster and more reliable broadband connections at home. According to Ofcom, the pandemic accelerated the adoption of online services to keep in  touch with friends and family.

Another factor maybe that the UK is still one the most underperforming fibre markets in Europe  making it attractive from a market opportunity perspective. The FTTH council which gathers fibre  coverage data from across Europe reports that the UK has a market penetration rate of 2.8% which is  more than double last year’s 1.3%. TheUK is significantly behind leaders Iceland with 66% penetration.

Based on our own observations, a third factor is down to local authority ambition. Forward thinking local authorities engaging in fibre intervention programmes are more likely to benefit from fibre  investment and a hike up the fibre rankings. Last year Renfrewshire Council benefited from a circa  GBP 40 million privately led investment in full fibre taking fibre availability across the region from 7%  of premises to over 70%. Intelligens Consulting is advising a number of other local authorities following  this route to market.

Initiatives such as the Scottish Government’s R100 programme and the UK Government’s GBP 5  million ‘Final 20’ programme – once they get going later this year in earnest – are also likely to enhance  fibre coverage in rural areas.

The Internet of Things (IoT) will become more widely adopted by the public sector particularly for  low complexity tasks.

Although the concept of smart cities and the Internet of Things (IoT) have been with us for a while there is still little evidence of mass deployment in our towns and cities or of tangible societal impact. Intelligens Consulting expects this to change and anticipates IoT deployments to ramp up in 2021.

Throughout 2020 a number of local authorities engaged in IoT pilots particularly for low intelligence and low complexity tasks across a range of use cases. These use cases included for example ‘smart  gritting’, where sensors are deployed and augmented by existing weather data to determine when  gritters should be dispatched, improving road safety. Another example involves the deployment of  parking sensors to save drivers time and stress in searching and paying for parking spaces. In another  example sensors are being deployed to measure temperature, humidity, and carbon dioxide levels in  council properties, providing early alerts on issues such as problems with ventilation and potential  dampness which has already identified real costs savings and social benefits.

Although these use cases can hardly be described as leading edge, they are an essential first step to rolling out mass IoT networks which can lead to wider societal change. These entry level use cases will  build confidence in the technology, support the case for change and provide a solid technology  platform which can be evolved over time to support other use cases as they emerge. Based on client  interactions Intelligens Consulting is witnessing an increased interest from within the public sector to  deploy IoT networks to improve productivity, service delivery and to generate costs savings – and this  interest is likely to intensify throughout 2021.

Investment in IoT provides is also ramping up signalling IoT deployments are more likely in 2021. Connexin has announced plans to expand its LoRaWAN IoT network across the UK on the back of  successful pilots and fund raising to support the expansion. In addition, Salesforce announced an  investment in an IoT firm to expand UK IoT projects. In addition, IoT connectivity is now available  across many Scottish cities, towns, villages and rural areas through the Scottish Government’s GBP 2.7  million investment in IoT Scotland. In theory, the take up barriers for local authorities should be  significantly reduced increasing the appeal of deploying IoT solutions.

We are unlikely to see 5G densification in 2021 but private 5G networks are likely to prevail.

Intelligens Consulting has previously written that 5G densification and the accompanying urban  transformation is unlikely for a number of reasons and this status quo is likely to remain throughout 2021.

5G’s high performance capabilities are achieved through the deployment of densified small cell  networks. However, the cost of deploying small cells is significant even when considering neutral host  shared infrastructure models. Mobile Network Operators (MNOs) often cite the lack of demand or  uses cases as reasons for not densifying 5G networks. However, in our experience, even some of the  most ambitious use cases could be delivered using existing a mix of communications technologies. As  a result, deploying 5G small cell networks are unlikely to generate any increase in MNO revenues  limiting the investment case for now.

Such private 5G installations are starting to appear in leading edge R&D facilities to allow  manufacturers to trial new business models, technologies and concepts, by connecting equipment,  monitoring data in real-time and supporting machine learning algorithms through private 5G  networks. In another example, a 5G private network is planned for Belfast Harbour port’s main  operational areas enhancing safety, security and sustainability across the Harbour Estate at a time of rising demands placed on transport and logistics.

If you would like to discuss anything written in this article then you can contact Intelligens Consulting  at info@intelligensConsulting.com. Intelligens Consulting is an award winning telecoms advisor with  a global client base providing investors, operators and policy makers with technical, strategic and  commercial advice. Our founder Iqbal Singh Bedi is part of an elite group of advisors having advised  the UK Prime Minister and Scotland’s First Minister on telecom policy, and our research has informed the House of Lords and the Scottish Government on 5G policy.