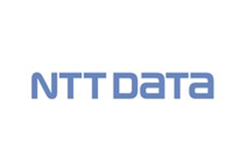 Edinburgh-based tech start-up Anomalous picked up an award as one of 28 businesses worldwide to be chosen to pitch at the prestigious NTT Data Open Innovation Contest in Tokyo.

The company, whose AI software can inspect aircraft parts and identify potentially dangerous faults or damage, was one of just four UK participants at the event which provides a showcase to impress investors in the Far East.

Anomalous was awarded a Zamma Award by Kotaro Zamma, head of open innovation at NTT Data.

He said: “What an amazing event. We are honoured simply to have been invited to attend. Most of the companies taking part in this competition are already well funded and highly successful. To be a bootstrapped company, only 15 months old and included with other businesses of this calibre is fantastic. We’re currently raising capital and I think this event has proven that with additional funds we will be able to scale quickly.”

Tom Winstanley, VP of New Ventures and Innovation at NTT Data, added: “Anomalous’ laser focus on inspection technology impressed the judges. By working together we believe that there is an opportunity to create a ‘triple win’ for Anomalous, NTT DATA and, of course, our clients in aerospace and manufacturing, improving quality and efficiency in the inspection process using AI.”

Since launching their product in March 2019, Anomalous has won work with aerospace pioneers, such as Rolls-Royce, Collins Aerospace, and BAE Systems. In December, it joined the inaugural ATI Boeing accelerator sponsored by GKN.

Scottish Development International representative for Japan, Yasutsune Kanatani said: “I work with a number of Japanese businesses and believe that NTT Data is one of the most advanced and innovative companies, with an extensive global network. It is extremely exciting that such a technologically advanced Japanese company has recognised the innovative work which Anomalous do.”

Anomalous CEO Euan Wielewski said: “I’m proud of our progress to date and am looking forward to pushing forward with our ambitious plans for 2020. We already have excellent relationships with some of the world’s largest aerospace companies. To expand into the Asia Pacific market would be a step forward in our mission to become the de facto standard tool for aerospace visual inspection.”