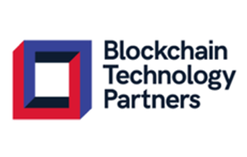 TFS is a highly secure file system that combines the operational patterns of a file system with the advantages of blockchain technology. Its development was supported with seed funding by the U.S. National Science Foundation, U.S. Air Force and the U.S. Department of Energy in the form of Small Business Innovation Research (SBIR) awards to Taekion to build secure enclaves for critical national infrastructure.

“We selected BTP’s blockchain and smart contract management platform, Sextant, to automate the deployment and management of both TFS and its underlying permissioned blockchain network,” said Dave Cohen, Co-founder & CEO of Taekion. “A key consideration for us was that BTP also provided long term support for our preferred blockchain technology, Hyperledger Sawtooth, through Paralos, its freely available open source software distribution.”

Sextant for TFS brings the benefits of military-grade information security to business, simplifying the curation and secure long term storage of key documents on a blockchain-based file system. Significantly Sextant for TFS can be used as a direct substitute for Linux and Unix based file systems typically used for critical data storage without changing the systems that connect to these file systems.

“We are delighted to partner with Taekion as TFS guarantees that the entire file as well as the history of each file is stored on the blockchain and not simply a cryptographic hash with the data being stored elsewhere,” said Duncan Johnston-Watt, Co-founder & CEO of BTP. “This approach differs from its competitors and offers enterprises a clear path to attaining three key NIST cybersecurity framework requirements — protect, detect and recover — reducing the risk of their data being silently undermined by another “SolarWinds” style supply chain attack.”

Under the auspices of the Global Blockchain Business Council, BTP and Taekion recently published a joint white paper Delivering 21st Century Information Security that highlights the key role blockchain can play in cybersecurity and the merits of Taekion’s approach.

“The Global Blockchain Business Council is proud to support our member BTP as its team innovates with its partner, Taekion, utilising blockchain technology to solve some critical cybersecurity issues,” said Sandra Ro, CEO of the Global Blockchain Business Council. “We appreciate the opportunity to collaborate with both pioneering teams on the launch of our most recent Open Source Ideas (OSI) report on Cybersecurity.”

Sextant for TFS, developed in partnership with Taekion, radically simplifies the deployment and management of TFS providing enterprises with military-grade information security in clicks not weeks.

To participate in the Sextant for TFS Beta Program being run jointly by BTP and Taekion register here. To download a copy of their white paper visit the GBBC OSI site here.