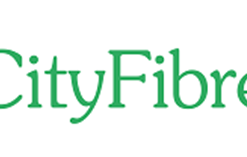 CityFibre will provide opportunities for the armed forces community to use the skills acquired during their military career to help build Britain’s full fibre future.

CityFibre, the UK’s leading alternative provider of wholesale full fibre network infrastructure, has pledged its support to the Armed Forces Covenant (AFC). The Armed Forces Covenant is a promise from the nation to those who serve. It says we will do all we can to ensure they are treated fairly and not disadvantaged in their day to day lives. This includes offering injured servicemen and women and bereaved families extra support where appropriate. Through signing the Covenant CityFibre recognises the skills and talents of reservists and veterans, which it can tap into by offering them either work or apprenticeship opportunities.

CityFibre is the UK’s third national digital infrastructure platform. It is currently undertaking a £2.5bn Gigabit City build programme which targets the rollout of wholesale full fibre infrastructure to more than five million homes and businesses by 2025. CityFibre has already mobilised in 27 towns and cities, with network construction now underway in 16 of these locations – creating 1,600 construction jobs – and Gigabit-speed services are already live in 10.

Reservist and veterans, who are part of the Armed Forces community, have been identified as the perfect candidates to bring to bear the training they received in their military careers to support the rollout of CityFibre’s Gigabit City build programme across the UK. At its peak, this will see 120,000 premises being made ready for service every month.

Drew Jeacock, Head of Engagement for Reserve Forces’ and Cadets’ Association for Greater London, commented on behalf of Defence: “CityFibre has shown that by signing the Armed Forces Covenant they are committed to supporting members of the Armed Forces, veterans and their families. As a business it has pledged specific steps to ensure the Defence community is not disadvantaged and that it recognises the transferable skills that reservists and veterans bring to the workplace. It is clear that CityFibre is only at the very start of its journey of partnering with Defence and I look forward to their valuable support to the Armed Forces community. “

Greg Mesch, CEO at CityFibre, said: “Bringing a new generation of full fibre to towns and cities across the UK is no small task. Infrastructure projects of this scale require a wide range of skills but many of those can be found in the men and women who have trained and served in the Armed Forces. By signing the Armed Forces Covenant, CityFibre will be able to tap into a community of people who are highly skilled, disciplined and have all the qualities we are looking for to help deliver Britain’s full fibre future.

“Reservists and veterans have already served their country exemplarily, and we believe this is another chance for them to help the UK by supporting in the delivery of a national infrastructure programme that will bring the transformative benefits of full fibre connectivity to communities and businesses around the country. Former forces personnel are already a core part of our team but we look forward to welcoming many more members of the armed forces community into the CityFibre family over the coming years.”