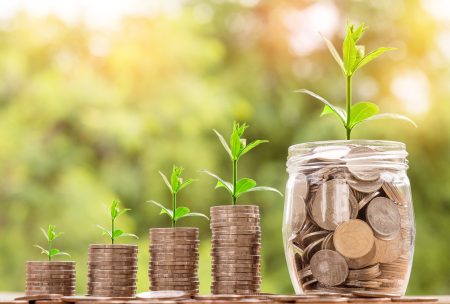 University projects from Edinburgh and Aberdeen have each received a £75,000 funding boost from Scottish Enterprise to support renewable energy – and it is branding them examples of the “brilliant” ideas coming out of academic institutions in Scotland.

Professor Christopher McDermott of the School of Geosciences at the University of Edinburgh has secured the funding to be used to develop technology to harness thermal energy from the sea that is expected to provide sustainable heating for coastal communities and businesses. The project team will work with Edinburgh Innovations, the University’s commercialisation service, to evaluate and protect the technology.

He said: “We are grateful for the funding from Scottish Enterprise, which will allow us to test at sites facilitated by Lar Housing Trust and potentially others in the Firth of Forth. Coastal communities make up 41 per cent of Scotland’s population, so we hope to be able to meet growing demand for resilient, reliable, and renewable energy sources. Our invention has the potential to decarbonise heat, helping us on our way to net zero.”

As for the project led by the University of Aberdeen, this is looking to unlock the full potential of Scotland’s renewable energy resources and will use the new capital boost to support development of a new technology for use in direct current transmission and distribution electrical power systems. The LC Direct Current Circuit Breaker (LCDC CB) has been developed by Professor Dragan Jovcic from the University’s School of Engineering. It is described as key to integrating Scotland’s large amount of dispersed and remote renewable energy sources, replacing traditional alternating current-based systems, and with research and laboratory tests on hardware prototypes having delivered “promising” results.

Professor Jovcic is working with Royal Society entrepreneur in residence Paddy Collins to develop a spin-out company to commercialise the LCDC CB, a move that is expected to potentially contribute to the wider push for electrification in many industries as well as enabling large-scale green hydrogen generation. The professor commented: “I am grateful to Scottish Enterprise for this support, which will enable us to kick start the development of a company and open up routes to commercialisation for the development of this exciting technology which has the potential to help Scotland meet its net-zero ambitions.”

Jane Martin, managing director of innovation and investment at Scottish Enterprise, said: “Our high-growth spin-out programme is proven to help leading academics to turn innovative ideas into business ventures by providing investment and advice to start-up, commercialise and scale. These spin-outs highlight the brilliant ideas coming out of Scottish universities that will help solve global environmental issues and build a greener economy, and I wish the teams in Aberdeen and Edinburgh every success as they innovate in the net-zero space.”

The organisation – Scotland’s national economic development agency – also cited recent Young Company Finance research tracking the impact of the HGSP over the last ten years, and found that 26 companies have raised a total of £144 million in equity investment, with many of the cohort having formed successful businesses.