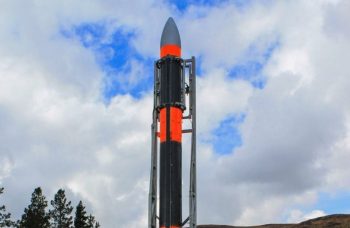 The first ever rocket to take off from Scottish soil has been confirmed for lift-off next year.

Skyrora have confirmed that their vertical rocket will blast off from home for the first time ever after the Edinburgh-based firm ran a second engine test last week.

The venture will see the Edinburgh technology make its debut when it’s launched from Unst on the Shetland Islands in 2023, with previous UK rockets taking off from locations such as the US or Kazakhstan.

Last week, Edinburgh Live shared footage from the firm’s dramatic engine test, which showed the power of the engines as they blasted in a test location.

With things pushing forward, plans show that one holds the 74ft XL rocket and unfurls to become its launchpad and gantry, reports the Record.

The UK Space Agency aims to capture a 10 per cent share of the global space market, which is projected to be worth £490billion a year by 2030.

Rosen – who joined Skyrora from Elon Musk’s SpaceX – said the war in Ukraine has shown the value of satellites for defence.

He added: “We will provide a specific orbit, to the specific ­altitude, with very specific parameters for how the vehicle is delivered.”

You can watch the engine test here.