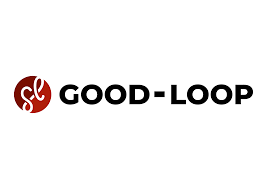 Online advertising platform Good-Loop, which entices people to watch ads to “unlock” charitable donations, has closed a £4.5 million Series A funding round that will finance the Edinburgh-based firm’s expansion in the UK and the United States.

The round was led by New York-based investment fund QCM, with additional backing from Scottish Enterprise, SIS Ventures and European ad technology fund First Party Capital. Along with investment raised on crowdfunding platform Seedrs, it takes the total amount raised by Good-Loop to £6m.

Chief executive Amy Williams, who together with chief technology officer Daniel Winterstein set up the company in 2016, said Good-Loop intends to more than double its headcount in Scotland with new hires in Edinburgh and Glasgow. Currently employing 13 of its 32 staff in Edinburgh, Good-Loop also has an office in London and is planning to open offices in New York and Chicago to service the growing US market that currently accounts for a third of its revenues.

“The company headquarters will remain in Edinburgh with 16 new jobs planned for Scotland, including high-tech roles and senior leadership positions,” Ms Williams said.

“Whilst further developing adtech IP, the company will also be investing in a data science team to help us collect, protect and monetise consumer data, whilst gathering valuable insight into how brands, people and good causes interact online.”

Through Good-Loop, if consumers choose to watch a video ad they generate a free donation funded by the advertiser. Charities on Good-Loop get half of the advertising revenue, with more than £5m (£3.8m) raised to date for causes including Save The Children, WaterAid, Feeding America and the WWF.

In return, Good-Loop says advertisers get higher engagement and significantly higher ad recall. The company is currently running campaigns in more than 18 markets around the world on behalf of clients such as Unilever, PepsiCo, Nestle, Levi’s, Adidas, NBC Universal and Nike.

“The business model solves many long-standing issues in the sector and is the paradigm shift that has been needed to regain consumer trust in transparent and ethical advertising that not only provides superior results to advertisers, but does it while making great contributions to the world through philanthropic giving,” he added. “It’s a win-win for all parties.”