Imagine joining a quiet, friendly organisation staffed largely by millennials and academics as the interim head of change … then being faced with a crisis on a global scale which

Imagine joining a quiet, friendly organisation staffed largely by millennials and academics as the interim head of change … then being faced with a crisis on a global scale which rocked the company to its core. This is what James Lindsay experienced at Cambridge Analytica in 2018.

In March 2018, multiple media outlets broke a global news story regarding business practices at Cambridge Analytica which involved Facebook data and its uses. The organisation was thrust, almost overnight, into a crisis which ultimately resulted in Cambridge Analytica going into administration in May 2018.

During his career as an interim manager, James has worked with numerous clients on BCM and latterly resilience. He will join us online to explain the mechanics of Cambridge Analytica’s crisis management, as experienced from the heart of the storm. He will share stories of the impact on staff and some of the practical challenges that resulted from such immediate alteration from ‘business as usual’. This is not a discussion of the rights or wrongs of business decisions taken long before James joined the organisation, but a fascinating real-life dissection of the effects on ordinary staff members, key processes put in place to cope and the importance of clear communications strategies.

Whilst this exact circumstance is unlikely to happen to many organisations, parallels can be drawn between other immediately reputation-altering incidents, including cyber-attacks or major supply chain failures, both of which have also been seen already in 2018 and are much more likely to occur to your organisation.

Brought to you by SCVO in partnership with ScotlandIS as part of Cyber Scotland Week. 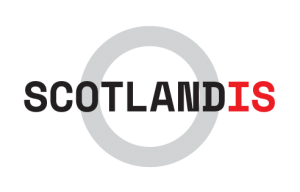