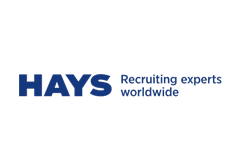 Eighty-one percent of employers in Scotland are planning to recruit staff over the next 12 months, the highest recruitment intentions in eight years according to the latest research by recruiting experts, Hays.

The data, collected as part of the Hays Salary & Recruiting Trends Guide 2022, reports annually on recruitment intentions and this year is based on a survey of over 22,700 employers and professionals across the UK, including 1,346 from Scotland. The figures are the highest recruitment intentions since the Guide began publishing in 2016, when just 65% of employers were planning on recruiting following the referendum in 2016.

However, as skills challenges increase, the research also shows that only 54% of professionals in Scotland are planning to move jobs in the next 12 months – the lowest number reported by Hays in eight years.

“Although the research shows that the number of professionals moving jobs is currently lower than eight years ago, this is a symptom of the very uncertain market over the last 24 months or so. But we’re now beginning to see significant movement. Confidence was low at the beginning of the year, but the economic outlook hasn’t dipped as expected, so passive jobseekers are now becoming active jobseekers. Many don’t want to miss out on the opportunity for a potential pay rise and are keen to take advantage of a rising market and enhanced salary package.”

To help abate shortages, 41% have hired temp or contract workers whilst 21% say they have recruited apprentices and 22% have reskilled existing employees into a new position. Sixteen percent of employers say they are more likely to offer counter offers to retain staff than pre-Covid.

“Some sectors are particularly challenged such as engineering, technology and construction, which have also been impacted by workers returning to the EU as a result of Covid-19 restrictions and Brexit,” says Mason. “Some clients are out of touch with the current challenges in that they know there are shortages but don’t understand why. So it’s important to do strategic and long-term recruitment research and planning.

“There’s also a risk that some public sector organisations are behind the curve on basic salaries and if they operate graduated pay scales they might have to consider offering at the top of the grade to attract staff. Across the board, counter offers are more prevalent than ever.”

The research comes as UK job vacancies hit 1.1 million between July and September as reported by the ONS, the highest level since records began in 2001.