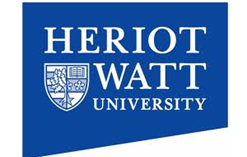 Sara Dodd, Digital Business Strategist, Heriot-Watt University, said: “This partnership enables our GAs to gain productive programming skills at an accelerated pace and to complete a BSc Hons in Software Development that will give them the opportunity to progress significantly faster in their careers within their employer organisations”.

Heriot-Watt’s Graduate Apprenticeship (GA) initiative is already established as one of the largest of its kind in the Scottish university sector. It has partnerships with over 70 companies and organisations – from large multinationals to SMEs and the public sector – including Amazon, Bosch, Diageo, Edinburgh Airport, HSBC, Leonardo, MacTaggart Scott, Bilfinger UK, Balfour Beatty, Mitsubishi, NHS, Royal Bank of Scotland, and the Scottish Government.

Melinda Matthews-Clarkson, CEO, CodeClan, said: “We’re excited to be partnering with Heriot-Watt, who have a long-established tradition in the area of graduate apprenticeships and one of the most dynamic programmes in the Scottish university sector.”

Melinda Matthews-Clarkson added: “Because we have a large team dedicated to cutting-edge, industry-relevant digital skills training, there is a strong rationale for CodeClan to provide these kind of courses to the university.  Working with Heriot-Watt, we can deploy the kind of skills that are sought by employers across every sector of industry.”

Graduate Apprenticeships are supported by Skills Development Scotland (SDS) and the Scottish Funding Council (SFC). They were developed in partnership with industry and the higher education sectors, with support from the European Social Fund (ESF). Graduate Apprenticeships are a new way for individuals to get qualified up to Master’s degree level while in paid employment. They are designed with employers and offered in key sectors that need highly skilled employees.

CodeClan, Scotland’s digital skills academy, has experienced record demand for its programming, data and bespoke courses in 2020, recently marked its 5th anniversary and has produced over 1,000 graduates since opening its doors in 2015.