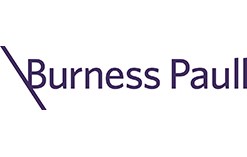 Although raw financial data is not particularly valuable itself, more and more companies are mining it to create powerful and highly valuable solutions that benefit almost all parts of life.

In fact, a philosophical sea-change is happening in Scotland due to open banking, with the UK leading the world in implementing the revised European Payments Services Directive (PSD2) in January 2018.

The directive has created a fundamental shift in the ownership of financial data from the banks to the individual says Daniel Broby, director of the Centre of Financial Regulation and Innovation at the University of Strathclyde.

“The fact that we are the first implementers [of PSD2] in the world means that the fintech revolution is beginning here and that is a really powerful story for both the UK and Scotland,” he maintains.

“That his data can now be used by third parties with permission does allow a whole set of new solutions and thereby a whole industry that just doesn’t exist yet.”

The directive has been a significant development in increasing the value of financial data insights as it requires financial institutions to open payments infrastructure and customer data assets to third parties who can then develop solutions to benefit customers.

One such example is Glasgow-based Castlight, which has created the world’s first open banking affordability score and analyse spending patterns to produce an “affordability passport”, which is an assessment of an individual’s financial situation.

Callum Sinclair, partner and head of the Technology Sector at Burness Paull, explains: “Castlight empowers consumers because that passport is then theirs, so a customer can take it to a number of potential money lenders to show a snap shot of what their financial credentials are.”

He also points to Previse, which uses open banking to ensure speedy suppliers’ payments for SMEs. It was originally based in London but moved to Glasgow because of the emerging financial technology ecosystem there.

On a larger scale, Facebook recently unveiled its crypotcurrency Libra, which the social network says will allow payments to be made across the world at a low cost.

But financial data is also becoming increasingly valuable outside of the finance functions.

Broby explains that by analysing an individual’s spending patterns information such as where they go on holiday and what type of hotels they typically visit, for example, it can allow the targeted advertising of hotels they might be interested in.

The handling of such data has been reshaped by the General Data Protection Regulation (GDPR), which aims to empower EU citizens’ data privacy.

While many have viewed it as a “compliance burden”, Sinclair believes it has been instrumental in increasing awareness of data and its potential.

He says: “With this added control over personal data and bringing consumers closer to their data, it should create many more options for consumers around how their data is being handled and by whom.”

Together GDPR and PSD2 are transforming financial data insights and we are seeing only the tip of the fintech revolution iceberg.

“There is very much an imbalance in value exchange at the moment,” says Sinclair.

“An interesting debate currently is whether we will see a move towards new data models where personal and financial data will be held in a secure encrypted ‘locker’ that financial advisors then have to pay to access on the basis of that data delivering insight, therefore value,” says Sinclair.

“That insight ought to be something that suppliers pay to access as the individuals pay for services; there’s a value exchange there.”

And it seems with new products developing and data becoming further enriched, the experts have every reason to be optimistic about financial data’s increasing value.

Sinclair adds:“There is a recognition that datasets have to be properly regulated and controlled and if we get that right, Scotland has the pedigree and talent to make a really, really strong ecosystem that is driven by financial data insight.”