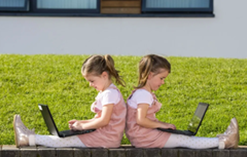 Standards that would force tech companies to prioritise children’s privacy online have been published by the UK’s data regulator.

The final Age Appropriate Design Code has been published by the Information Commissioner’s Office (ICO), which hopes will come into effect by the autumn of 2021 pending approval from parliament.

All sectors within the tech industry, from apps to connected toys, social media platforms to online games, and even educational websites and streaming services, will be expected to make data protection of young people of primary consideration, beginning with design.

The 15 provisions outlined by the ICO have been “clarified and simplified” since a draft was first revealed in April 2019, after consulting with the industry and then being submitted to the Government the following November.

The measures outlines include areas such as transparency, default setting and data minimisation. The code states that privacy settings should be set to high by default and nudge techniques (indirect suggestions) should not be used to encourage children to weaken their settings. It also says location settings that allow the world to see where a child is, should also be switched off by default. Furthermore, data collection and sharing should be minimised and profiling that can allow children to be served up targeted content should be switched off by default too.

“I believe it will be transformational,” said information commissioner Elizabeth Denham. “I think in a generation from now when my grandchildren have children they will be astonished to think that we ever didn’t protect kids online. I think it will be as ordinary as keeping children safe by putting on a seat belt.”

You can read the full article here