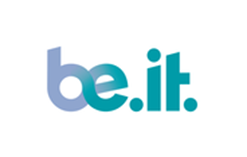 Immigration was a key factor for a lot of people in the Brexit debate. It still is, with, I’m sure, every industry busily making its case to Whitehall. We have also seen Holyrood attempting to create its own visa arrangements for Scotland, only to have them firmly rebuffed, although as I note below, there may be a way to offer Scotland and indeed the other constituent nations/regions of the UK slightly different arrangements. Such flexibility will be important if the new approach to immigration is to succeed. The key question is whether we will get the balance right between the political wish for tighter immigration controls and the government’s ambition (and, in my view, the country’s need) to welcome the best talent from around the globe.

Here, for obvious reasons, I am going to concentrate on IT. To start, let’s visit gov.uk – the UK government’s website – where, under the heading, “New Immigration System: what you need to know” we read first that “The UK is introducing a new points based immigration system,” followed by the statement that “This page will be updated with the latest information about the new, points-based immigration system as it becomes available.” This is dated 28thJanuary, 2020. It then goes on to link to the government’s Migration Advisory Committee (MAC) and their report of the same date.

The MAC report is a welcome contrast to the previous Conservative administration’s somewhat cack-handed approach that seemed to be intent on making it difficult to bring skilled individuals to the UK. Given that it’s well documented that there are a number of sectors which are suffering severe skills shortages, this approach, however much it was based on a perceived political necessity to reduce the overall number of incomers, reflected a lack of joined-up thinking.

Read the rest of this article here