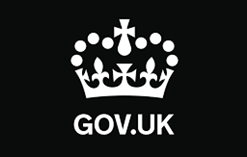 The UK Government has released more information on its Online Safety Bill, which it hopes will protect the public surfing the web.

Announced in the Queen’s Speech on Tuesday (May 11th), the bill aims to “safeguard young people and clamp down on racist abuse online”.

The bill is also setting sights on social media firms, looking to tackle some of the worst abuses such as racism, hate crimes and homophobia. Sites like Facebook and Twitter must “remove and limit” the spread of illegal and harmful content, the government stated.

Westminster’s Online Safety Bill comes at a time when more people than ever are surfing the web. Currently, more than three-quarters of UK adults are concerned about going online, and fewer parents feel the benefits outweigh the risks of their children being online – falling from 65% in 2015 to 55% in 2019.

The Government says new laws aim to alleviate these fears, safeguarding freedom of expression and democracy on the web, and ensuring “necessary online protections do not lead to unnecessary censorship”.

Commenting on the Bill, Digital Secretary Oliver Dowden said that the “ground-breaking” laws would “usher in a new age of accountability for tech” and bring “fairness and accountability to the online world”.

Earlier this month, a coalition of consumer groups pressed the government to use the bill to do more to protect online users from an “avalanche” of online harms, especially digital scams. In its announcement, the government said the bill would add “further provisions” to tackle “prolific online scams” such as romance fraud.

Commenting on the newly released bill, Ian Stevenson, CEO of Cyan Forensics and Chair of the Online Safety Technology Industry Association (OSTIA), said he was happy that the government was prioritising protection from the actions of others online: “The focus on detection, removal and reporting of child sexual abuse material is key.

“The dreadful impact of this content is our key motivation, and indeed the focus of our work with law enforcement and social media companies, and we believe that the world-leading innovative technology being produced by the UK’s online safety sector can and will help to deliver on the commitments this legislation will make.

“We are hugely encouraged that the Bill’s consultation response focused on a pro-innovation approach to both online services and safety technology. It is, however, vital that the new duty of care guidance to be met by the regulator can account for the rapid development of both online platforms and safety tech.”

Concerns have been raised, however, about potential online censorship weaved into the proposed laws. In comments from the Open Rights Group (ORG), treating legal speech as “inherently dangerous” and having it controlled and policed by big tech firms like Facebook and Google could have an impact on free speech on those platforms.

If online content does not fit a big-business narrative, there is a threat of automated removal of comment and debate, something that could not be banned in a court of law, ORG said. Additionally, the laws could give Westminster the green light to limit opinion and restrict debate.

Commenting on the publication of the Government’s Online Safety Bill, Mark Johnson, Legal and Policy Officer at Big Brother Watch, said he was concerned that the bill introduces “state-backed censorship and monitoring on a scale never seen before in a liberal democracy”.

He said: “This Bill is disastrous for privacy rights and free expression online. The Government is clamping down on vague categories of lawful speech. This could easily result in the silencing of marginalised voices and unpopular views.

“Parliament should remove lawful content from the scope of this Bill altogether and refocus on real policing rather than speech-policing.”