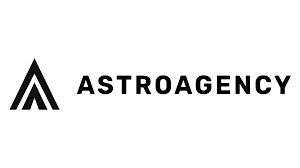 Space marketing firm AstroAgency, headquartered in Edinburgh, has announced it will team up with a Dubai-based space investment and advisory company AzurX.

This announcement outlines immediate plans to support the World Space Sustainability Association (WSSA). Moreover, another initial project is being discussed to support Scottish and wider UK space companies to establish a presence in the UAE to access new market opportunities, customers and funding channels and play a role in the local private space ecosystem.

Discussions are taking place with dedicated industrial and innovtion zones across the UAE in close coordination with the UAE Space Agency.

On the announced Teaming Agreement between AstroAgency and AzurX, Minister for Business, Trade, Tourism and Enterprise Ivan McKee stated: “Six months on from the launch of Scotland’s space strategy at our Space Day at Expo 2020 Dubai and we are seeing tangible positive results coming to fruition.

“It is great to see dynamic innovative Space sector strategy experts AstroAgency and AzurX coming together to bridge fast-growing commercial space activities between Scotland and the United Arab Emirates.

“The Space industry in Scotland and indeed globally is seeing exponential growth and international business partnerships such as this will become even more important to allow exchange of talent, ideas and business connections.

“Both AstroAgency and AzurX played a significant role in showcasing Scotland’s space strengths at Expo 2020 Dubai and I am delighted that they are formalising plans to work together and I am in no doubt that this partnership will go on to achieve even greater results.”

The new partnership is poised to help the Scottish space community build on this momentum by facilitating their access to new opportunities for investment and business development in the UAE. The Scottish space sector is the leading manufacturer of small satellites in Europe and has developed a diverse range of capabilities, from launch services to strong data analysis and research services.

The UAE’s thought-leadership around space sustainability was welcomed by Laurent Lemaire, CEO of elseco, who said: “The sustainable use of outer space is as much a global objective as it is a responsibility for all actors involved.”

He added: “As the Scottish space sector matures, its progress to develop a roadmap to a sustainable space ecosystem becomes more crucial and will serve as an example to others.

“The partnership between AzurX and AstroAgency is thus a positive development that holds the potential to unite the Scottish and UAE space communities within the global space sustainability community supported by the World Space Sustainability Association.”

The two companies plan to focus on the UAE and Scotland initially, with a view to expanding activity to support space firms across the UK to build connections and collaborate with the UAE and wider Middle East region

Space entrepreneur Daniel Smith, who founded AstroAgency in 2019 and is also a founding Director of not-for-profit group Space Scotland, concluded: “We’re excited to explore further collaboration opportunities around space between the UAE and Scotland, building upon strong foundations from Expo 2020’s Space Week in Dubai.”

Meanwhile, The UAE has rapidly emerged as a serious player in the space world, launching its first satellites, astronaut, and interplanetary missions in quick succession.

Both regions are well positioned to capture a significant share of the global space market, recently estimated to be worth $490 billion by the end of the decade.