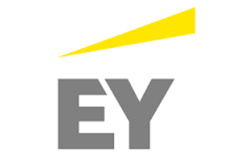 Scotland remains the second most attractive location for Foreign Direct Investment (FDI) after London and has retained the majority of ground gained over the last five years.

This is according to the latest EY Scottish Attractiveness Survey published today. The report analyses FDI projects that have resulted in the creation of new facilities and new jobs, as well as the perceived attractiveness of regions to investors.

Scotland continues to attract a high number of FDI projects, albeit below the level achieved in 2017, reflecting a declining trend across the UK. This followed three consecutive years in which Scotland’s number of FDI projects set new records for the past decade, in what EY Scotland’s incoming Managing Partner Ally Scott calls ‘an unprecedented run of success’.

Key findings from the 2019 Scottish Attractiveness Survey include:

·       When investors were asked to cite which region of the UK they perceive as the most attractive in which to establish operations 7% named Scotland, more than double the 3% in both 2016 and 2017

·       The three sectors witnessing the sharpest decline are R&D which is down by 13 projects, logistics down by six projects and manufacturing down by five projects

·       London continues to attract the most FDI projects with 458 projects, only seeing a drop of 0.2% from the previous year

“While the overall picture is more subdued than in previous years, there is some good news across Scotland – three of our cities are in the top ten UK towns and cities outside London for attracting inward investment, with Dunfermline, Highlands and Islands, and South of Scotland attracting sizable projects.

“It’s important to consider these figures in context. Scotland has had three consecutive years of record-breaking FDI numbers – an unprecedented run of success.

“The number of companies making their first investments dropped by just one project from 2017. This maintains a long-term upward trend in Scotland’s share of new UK investment projects over the past decade.

“Make no mistake – this is a picture of a resilient Scotland standing tall in a challenging UK-wide environment to secure inward investment, set against an unsettled European economic landscape. Given the uncertainty of Brexit and the resulting cautious market conditions we are seeing, both in this year’s Scottish Attractiveness Survey findings and in talks with clients, these figures demonstrate the strength of ‘brand Scotland’.

“Efforts now must focus on ensuring the talent pool is skilled and agile, fed by an appropriate pipeline of talent, in order for Scotland to compete in the market and attract high-paid, lucrative projects.”

“What’s key in the 2019 survey is to look at how regions are performing outside of London. When we do that, we see very similar trends emerging and in that context Scotland is standing ground.

“While FDI projects in London held firm in 2018, the decline in projects across most regions of the UK appeared to reflect the uncertainty surrounding Brexit. Fifteen percent of companies in the 2019 survey of international investors said they have put UK investment plans on hold as a result of the vote to leave the EU.

“The US continued to contribute the most Scottish projects of any country in 2018, but there were some interesting shifts lower down the ranking with Danish, German, Swiss and Japanese projects all increasing.

“If the trends evident in our Attractiveness reports continue then the UK risks becoming ‘Branch office Britain’ – an attractive market to sell to, but not one that companies will commit to manufacture or research and develop in. However, with the right policies in place, the UK could strive to become ‘Interconnected Britain’, seizing on the digital opportunity to modernise manufacturing and services, and become a leader in innovative cleantech technology and applications.”