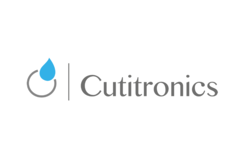 A Scottish beauty-tech company is preparing to launch technology which can analyse skin in realtime – allowing people to better apply cosmetics.

East-Kilbride based Cutitronics has developed a device and accompanying app that can tailor the application of cosmetics to a person’s ‘specific needs’.

The company announced that it had doubled its headcount after securing two funding rounds from FTSE100 chemicals giant Croda International.

It has upped its team from seven to 14 as it prepares to launch its maiden product next year.

Further appointments are expected to be made through the remainder of the year to support ambitious growth plans.

The device and accompanying smartphone app can analyse a customer’s skin and then dispense exactly the right amount of beauty products and cosmetics for their specific need.

The system can be tailored to suit any brand, giving skincare and cosmetic companies the chance to create a bespoke package to suit each customer’s skin.

Cutitronics’ disruptive technology is poised to usher in an age of personalised skincare, allowing brands to bring the scientific rigour of clinical studies into customers’ homes by receiving feedback from users and measuring the results on the health of their skin.

Now the company is preparing to launch the maiden version of its device next year and has recruited engineers, managers and executives across its business.

Dr David Heath, Founder and Chief Executive at Cutitronics, said: “Building our talented team at Cutitronics has been equally as exciting as creating our disruptive technology.

“We’ve worked hard to find the best recruits for our company, including Isi Osagie, who led a project for Rolls-Royce using the Sigma Six techniques for improving processes, Angus Blackford, who joins from London-listed temporary power supplier Aggreko and Stephen McSpadden who brings 24 years of technical expertise with smart cards, security software and anti-counterfeit technologies to drive our product development to the next level.

“Together with their new colleagues on the management and operations side of the company, they will help us to further develop our extensive suite of patented CutiTron technologies.

“Working on our ‘Fitbit for the skin’ will be an exciting project for our new employees as we open the door to personalised skincare for brands and their customers.”

Cutitronics is chaired by Barry Hochfield, who co-founded the company with Dr Heath.

Mr Hochfield opened Apple’s first research and development unit outside the United States, in Paris, and co-founded smartcard company Ecebs in 2000, before floating it on the London stock market in 2005 and selling it to theTrainline.com in 2007.

He said: “I’m very impressed with the calibre of the new recruits that David and his team have hired for Cutitronics.

“Growing our team is an important step towards our CutiTron technology making its debut next year.

“I was thrilled with the response we got at In-Cosmetics Global Paris in April and Beauté Connectée in May, so I know our growing team will help us to introduce our product to more potential customers over the coming weeks and months.”