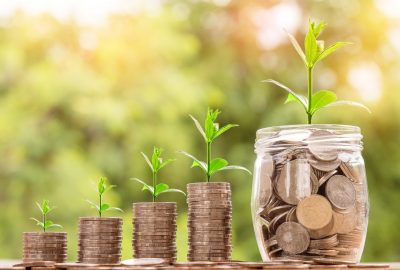 Global Venture Capital (VC) investors deployed record amounts of money into Scottish scaleups over the summer, with more than £197 million raised, according to Venture Pulse.

The report states that the roll-out of Scotland’s Covid-19 vaccination programme, greater business confidence in the post-Brexit environment and the opening up of most sectors resulted in a busy summer of transactions.

Year on year, Q3’s figures also point towards growing investment in Scottish firms with 2021 dwarfing the £71.6m invested during the same time period in 2020.

“Investors are alive to the fact that the UK and Scotland have a real glut of innovative companies operating within a tech ecosystem which continues to mature and build recognition on the world stage”, said Graeme Williams, Director – Corporate Finance M&A, KPMG UK.

“A busy summer of transactions gives a clear signal that investor confidence is returning generally, and that interest in VC deals is growing year on year in Scotland,” he added.

Scotland’s largest deals during include Edinburgh-based remote healthtech developer, Current Health, which raised £32m in Series B funding led by Northpond Ventures. The firm has since been acquired in October by a listed US business.

Later stage deals continued to attract the most investment in Scotland, but interest in earlier stage deals grew with more businesses beginning to raise Series A and smaller rounds.

Speaking about the increased investment, Amy Burnett, Senior Manager, KPMG Private Enterprise, said: “A busy summer of deals with growing levels of volume and investment has once again cemented Scotland’s credentials as an incubator and rapid developer of exciting, innovative businesses.

“As we emerge from the pandemic it’s clear to see that several scaleups have flourished in areas of growing consumer demand, including remote healthcare technology, home delivery services and renewables.

“Scotland’s vibrant tech community and highly skilled workforce continues to be a draw for investors hungry to invest in our pool of fast growth businesses. To maintain these record levels of investment, it’s important that we continue to support start-ups and scale ups to be as attractive as possible for VC investment, and to ensure their long-term growth.”