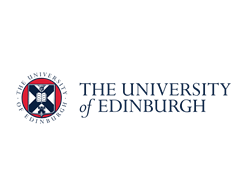 Energy technology start-up IONATE has secured £3.3m after a round of seed funding.

Founded in 2019 by chief executive Matthew Williams, it has been supported by Edinburgh Innovations (EI), the University of Edinburgh’s commercialisation service.

The round, which included investment from the University of Edinburgh’s venture fund Old College Capital, was led by IQ Capital, with additional support from Smartworks, Cycle Group and Zero Carbon Capital.

IONATE‘s patented technology aims to resolve power quality issues associated with energy decarbonisation. It also improves the reliability and productivity of connected assets, including renewable generators and battery storage, as well as the distribution grid itself.

The business has a long-standing association with the University of Edinburgh’s School of Engineering, with the company’s engineers working in collaboration with the team of professor Michaël Merlin.

Following the award of a Smart Scotland Grant from Scottish Enterprise in 2020, Merlin and his team, with support from EI, helped develop the first prototype of IONATE’s Hybrid Intelligent Transformer (HIT), which was built in the university’s labs.

IONATE subsequently led a successful application in partnership with the university through the Eureka Globalstars programme, securing additional grant funding from Innovate UK to scale the technology to grid power levels.

The company is also currently co-sponsoring a University of Edinburgh PhD studentship with the support of an Energy Technology Partnership Grant.

IONATE will use the proceeds from the latest investment to scale operations and deliver its power flow control solution to electricity distribution grids, renewables generation projects and energy storage assets.

The company is currently working with a UK-based manufacturing partner to finalise the full-scale version of HIT, with devices deployed in parallel proof-of-concept trials next year.

Williams said: “This investment round will enable us to commercialise our offering and realise IONATE’s role as a technology leader in the journey towards net zero.

“I’m very excited for the next chapter and to work side-by-side with our investors and partners on what promises to be a time of extraordinary development and growth.”

“There’s an urgent need for its control technology as the transition towards clean energy is driving enormous growth in electrification, renewable generation, and electric vehicle charging.”