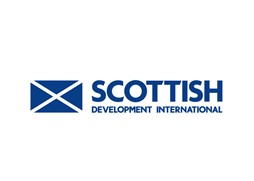 Want to find cyber skills and tech talent to grow your business? Discover why multinational companies are choosing Scotland for cyber security.

“Scotland’s vibrant tech community is creating the right skills and innovative solutions to protect your data, systems and money from the next global cyber threat.”

The Covid-19 pandemic has led to spikes in cybercrime worldwide. In the first four months of lockdown, more than 1.8 million reports of suspicious emails were made to the UK government’s National Cyber Security Centreexternal link which will open in a new window which provides advice and support on avoiding computer security threats. This resulted in more than 16,800 malicious websites being blocked or taken down.

Interpol, the international criminal police organisation, has also reported an “alarming” rise in cybercrime,external link which will open in a new window including online scams and phishing – where criminals pose as legitimate businesses to get access to sensitive information like bank data – and disruptive malware. This includes ransomware and denial-of-service attacks, which disrupt or block IT systems.

Data harvesting malware, like trojans and spyware which can compromise networks, steal data and divert money, are on the rise. As too are fake domains, fraudulent websites and misinformation alongside fake news.

Trends like these highlight the critical importance of cyber security and are fuelling demand for cyber skills and expertise.

Increasingly we’re seeing more global cyber, software and IT companies with a presence in Scotland.

Scotland is an internationally recognised hub for cyber and tech skills and is currently home to around 220 cybersecurity companies. These include businesses founded or headquartered in Scotland, such as Cyan Forensics, Adarma, Quorum Cyber and Barrier Networks.

“We’re seeing more and more global companies have a presence in Scotland,” Ciara Mitchell, Head of Cyber at digital trade association ScotlandIS, explained during a recent cybersecurity webinar – Scotland: The smart and secure location for cyber securityexternal link which will open in a new window.

“They see Scotland as an important target market and have that local presence as part of their strategy. We’re increasingly seeing companies set up their engineering, their operations and their security operation centres in Scotland as well, to have access to that great talent we provide.”

“For example, you can now opt to take cyber security as a subject from the age of 15 in schools in Scotland, and several colleges also offer it. Seventy per cent of Scotland’s universities now offer cybersecurity courses across bachelor’s degrees, masters and PhDs. And we’re seeing the amount of research in this space growing year on year, with around 1,000 PhDs across computer science and cyber security this academic year.”

“Scotland is a great centre for cyber capability. We have access to high quality talent, and these tend to be people who are dedicated, loyal and passionate about the subject.”

Scotland has several academic firsts in cyber security. Abertay University Dundee was the first in the world to launch an ethical hacking degreeexternal link which will open in a new window.

In 2018, Edinburgh Napier University’s BEng (Hons) in Cybersecurity and Forensics was the first undergraduate course in the UK to be fully certified by the National Cyber Security Centre, whose parent organisation is GCHQ, one of the UK’s three intelligence and security agencies.

The University of Edinburgh is also considered a centre of excellence in cybersecurity researchexternal link which will open in a new window.

This has helped attract organisations like EIT Digital which opened a new satellite operation in Scotland last April.

One of eight ‘innovation communities’ established by the European Institute of Innovation and Technology, it is based at the University of Edinburgh’s Bayes Centreexternal link which will open in a new window – an innovation hub for artificial intelligence, robotics and data science – and currently hosts three Doctoral Training Centres across two universities focused on cyber security, fintech and digital identity.

Other new arrivals in Scotland’s cyber sector include Hong Kong-based fintech, Polydigi Tech, which has developed technology in the field of mobile network authentication and is opening a technology hub in Edinburgh.

Online safety – ‘safety tech’ – is an emerging cluster within cyber security and Scotland has a growing number of businesses in this area. These include Edinburgh-based digital law enforcement specialist, Cyan Forensics, and DragonflAI which uses artificial intelligence robots to moderate mobile content.

“Online safety is an emerging cluster within the sector and is about protecting people’s online experiences from other people, from their activities, their contact, conduct – and from harmful content.”

Cyan’s core product is a forensics thumb-drive that law enforcement agencies plug into a computer when its user has been arrested on suspicion of downloading child abuse material or terrorist content. This allows officers to identify offending material 100 times faster than traditional forensic techniques.

“We take advantage of the fact that there’s high quality people available to work for us in Scotland with degrees in software engineering and with qualifications in security,” Ian said.

“We also benefit from fact that Scotland is very strong, both within the UK and internationally, at bringing together an understanding of social and people issues with technology and helping those things to work together for the greater good.”

Cyan Forensics is very much a product of the Scottish cybersecurity ecosystem, Ian added. “We were born out of research at Edinburgh Napier University in a department that has produced another three successful cybersecurity spinouts.”

Edinburgh Napier’s School of Computing is a recognised hub of cyber excellenceexternal link which will open in a new window. In 2010 it spun out cloud-based security specialist ZoneFox, which was subsequently acquired in 2018 by Nasdaq-listed cybersecurity company Fortinet.

Symphonic Software, spun out in 2013, is scaling up and has raised finance from three investors. Cyan Forensics was spun out in 2017 and last month Edinburgh Napier announced its fourth spin-out, a ransomware protection specialist called Memcrypt.