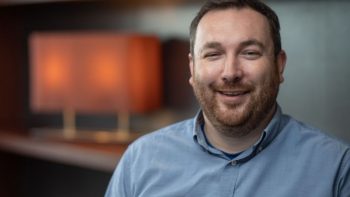 The Scottish start-up has bagged a £20,000 prize after a successful online Impact Summit pitch in May.

Scottish startup LiberEat has been announced as the winner of the inaugural Impact Summit competition.

The firm won the top prize worth over £20k which includes a place on the FutureX Silicon Valley Scale programme.

Aberdeen-based LiberEat was declared the winner after an online pitch live at Impact Summit on 20th May.

The company will now have the opportunity to learn from industry leaders and will be joined on the Silicon Valley programme by Cyan Forensics, Talking Medicines, Tricres, and last year’s Startup Summit competition winner, Frog Systems.

Commenting on the LiberEat win, CEO Barry Leaper said: “We’re really excited to win the Impact Summit competition, especially given such an impressive group of finalists, that are making a real difference.

“It’s great recognition for our team, who have been making exciting progress in making food safer for people with dietary requirements despite the recent challenging environment.

The LiberEat app helps people with special dietary requirements such as food allergies, intolerances and medical conditions. Leaper came out on top against strong competition from Dr Faisal Ghani of SolarisKit, Jenifer Clausel-Tormos of Develop Diverse and Bara Wahbeh of AKYAS Sanitation, who had all beaten over 100 applicants from across the world to reach the live final.

Competition judge Priya Oberoi, Managing General Partner, Goddess Gaia Ventures said: “I was delighted to be invited as a judge to support the Impact Summit Competition. It was a fantastic group of finalists who have put impact and impactful solutions at the forefront of their products and creativity, exactly what we need in today’s world.”

The Impact Summit competition is a showcase for startups who set out to “use business as a force for good”. Companies applied from more than 20 countries, which organisers FutureX say is testament to “the continued growth of the sustainable, ethical business community not just here in Scotland, but across the world”.

The top prize is a business support package worth over £20k from Sharktower, HappyPorch, ParlayMe and The Herald, as well as a fully-funded place on FutureX’s Silicon Valley Scale programme.

Previous entrepreneurs on the programme have met with the leaders and investors in Google, Facebook, Netflix, Linkedin, SurveyMonkey, Y Combinator, Fitbit and Tesla.

The FutureX Silicon Valley programme was launched in 2014 and is designed to help founders explore international expansion, receive peer-to-peer support, and learn from global leaders and executives.

Zoi Kantounatou, FutureX Co-founder and CFO, commented: “We have been overjoyed with the level of applicants to what has been the inaugural Impact Summit competition.

“With over 100 entries from more than 20 countries, it is safe to say that the global purpose-driven business landscape is well and truly thriving!”