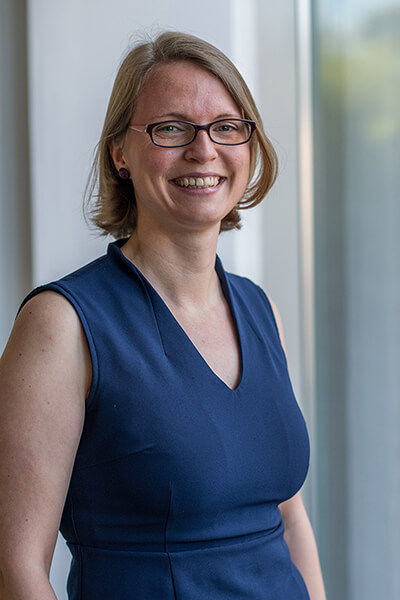 Usually, I am starting every year by launching the Scottish Technology Industry Survey, our key measure for the health and performance of our sector. However, we decided to give ourselves a head-start for the 2020 edition and launch already mid-December. We’ve received a good number of responses over the holidays but the more companies participate the more robust the results will be. Official statistics struggle to keep up with our fast moving industry and our survey is a crucial to filling this information gap. Please participate now if you haven’t already done so: www.surveymonkey.co.uk/r/SISSurvey2020

December has also been a busy month in terms of political news and policy announcements with the Conservatives winning a majority of 87 in the House of Commons which then adopted the withdrawal agreement. This means the UK will leave the European Union on the 31st of January 2020. Until the end of 2020, at least, the relationship between the EU and UK will remain the same but the UK will stop being member of the EU’s political institutions.

This transition period could be extended until December 2022 but the Prime Minister insists that he won’t seek such an extension. This means that the future relationship between the EU and the UK, mainly in terms of trade but also in other policy areas such as data transfers, needs to be agreed within 11 months. Based on past trade deal negotiations, these are very challenging timescales. If no such agreements were in place by end of 2020, the withdrawal agreement covering citizens’ rights, Northern Ireland trade and the financial settlement between EU and UK would still stand. However, major uncertainty for trade and security policy would arise unless specific measures were agreed.

The election was quickly followed by a Queen’s Speech to set out the policy plans of the new government. Many of the included bills relate to Brexit like the Trade Bill which, amongst other things, will ensure continued access to public sector procurement in non-EU countries after the UK leaves the EU. An immigration focused bill will end freedom of movement between the UK and the EU by the end of the transition period and prepare the implementation of an Australian-style points-based immigration system from 2021. Before the end of January 2020, the independent expert group advising the government on migration issues (Migration Advisory Committee) has to publish their view on how such a points-based system could look like and if it suits the needs of the UK economy. This will fundamentally shape the new immigration system as the government usually follows the recommendations of the committee.

The Queen’s speech also mentioned planned broadband legislation to support the roll-out of gigabit broadband. This will allow companies to install broadband connections even if landlords fail to respond to access requests and require all new build homes to be equipped with gigabit capable infrastructure. As housing related matters are devolved to Scotland, the new build related legislation will not automatically apply here. I’ve contacted the Digital Connectivity Division at Scottish Government to find out if they are planning to introduce similar requirements and will keep you posted on any responses.

Finally, I would like to highlight the announcement to increase R&D tax credit rates from 12% to 13% (for large companies that can claim Research and Development Expenditure Credit) and plans to review the costs that qualify for R&D tax credits to include investments in cloud computing and data.

If you are interested in the full Queen’s Speech, have a look here, and please don’t forget to fill in the Scottish Technology Industry Survey 2020.