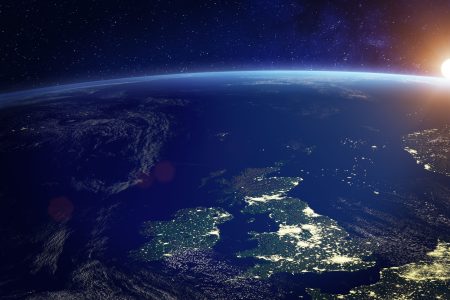 The Scottish Government already has an ambition to become Europe’s leading space nation by 2030 with several projects and companies operating out of Scotland helping to work towards that goal.

The National has spoken with Chris Larmour, the chief executive and co-founder of Orbex, a leading orbital launch service company.

The firm is building a spaceport located in Sutherland on the north coast of Scotland to provide an ideal location to launch small satellites into orbit.

He spoke about what the company does, how realistic a goal it is for Scotland to become a leading space nation and what they’re doing to reduce their environmental footprint.

Why can Scotland be a major player in the space sector?

Larmour explains that, geographically, Scotland is one of the best placed countries to offer what companies operating satellites want.

Technology departing from the Sutherland port will go into what is known as polar orbit rather than equatorial orbit.

“It flies from pole to pole, from north to south. This means that, as the earth turns, the satellites see the entire globe over a period of three or four days”, Larmour explains.

He continued: “Scotland, and Sutherland specifically, is an ideal place to launch from in that regard.

“There has been a change in the satellite market in the past 10-15 years, a move towards smaller satellites that go to relatively low earth orbit.

“They weight between five and 50 kilograms and are about the size of a wine box. Having the spaceport in Scotland also makes things easier because we can drive the payload to the spaceport rather than shipping to California or New Zealand.”

What do the satellites do?

Larmour explains that there is a huge variety of potential applications when it comes to what the satellites are intended for.

“Some of them are for more general purposes like taking photos of the earth which are then sold to people like Google Maps or Google Earth.

“You might choose to shoot in infrared to see heat signatures, they can track ice in the arctic or predict the weather.

He added that some can be used to make sure that no country violates any sanctions which they may be subject to, as Russia has since its invasion of Ukraine.

What will the spaceport in Sutherland be for?

Put simply, the spaceport will operate as the launch site for the Orbex rocket which will send the satellites into space.

Larmour explains that it’s a relatively small operation and that people should temper their expectations if they think they’re going to see something equivalent to “Cape Canaveral”.

He said: “It’s about the size of a small holding farm. The biggest piece of expenditure is actually the road which is about three kilometres and runs from the main road to the launchpad.

“There is a recycling point across the road which is bigger than the spaceport. The rockets are also very small. They’re about 1.3m in diameter and about 19m tall with a payload of around 150-200kg.

“I say about because it all depends on the altitude they are going to.”

Can Scotland fulfil its aerospace ambitions?

Larmour says that although it might be difficult to compete financially with major nations in Europe, Scotland can become a “leading player” in the sense that it will form a crucial link in the chain in the process of launching satellites.

“Whether Scotland can be the leading nation financially I’m not sure, but by having launch sites and small satellite manufacturing companies based here, they have a huge amount of the supply chain.

“From the point of view of launching, there is definitely a strong case for Scotland being a leading player in development and launch and then utilising the data to build products from that.”

He explains how the jobs provided in the industry are highly valued, with Orbex paying above average for what is expected in the area.

Larmour added that they have plans to build another factory in Forres, where the company is headquartered, that is expected to employ 400 people.

The latest figures showed that the space sector created an estimated total income of £254 million and provides almost 9000 jobs across the country.

Larmour explained how Scottish Business Secretary Ivan McKee is thinking along the right lines with the work he has been doing.

“He has great ambition for Scotland and has always been very supportive of us”, Larmour said.

At the heart of Scotland’s plans for the sector is a focus on environmental friendliness and, in a first of its kind move, published a roadmap on how exactly it would set this out.

For Orbex, what is key is replacing anything they dig up during the production of the spaceport.

Larmour explained: “The spaceport itself is built on a rough piece of moorland so it’s already been cut for peat by crofters.

“Part of the project is that any of the peat we are removing is going back into the cuttings so we repair the local ground and make it better.”

He added that they are also able to recover pieces of the rocket once it returns from orbit rather than letting batteries and plastic leak into the ocean.