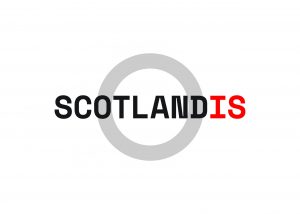 Check out this blog from Head of Research and Policy, Marc, detailing his trip to London Tech Week this month and some of the key takeaways.

Two weeks ago I made the trip down to London Tech Week on behalf of ScotlandIS and our members. I was delighted to see several of our membership had also made the trip down and it was wonderful to see such rich conversations with them and future investors in the London and International VC community. Monday evening kicked off with a reception in Scotland House with fellow colleagues in the Scottish Tech Sector.

Tuesday was the key day of the London Tech Week for myself as it was the Climate Tech Summit. ScotlandIS were delighted to receive a VIP pass to attend London Tech Week on the back of Scotland’s first ever Climate Tech Report, authored by ourselves. The morning “keynote sessions” consisted of a number of speeches from Dr Patrick Vallance, UK Government, and Mr Heng Swee Keat, the Deputy Prime Minister for Singapore. Both of these sessions highlighted an ongoing commitment from each respective Government on the Net Zero agenda and the growing importance of technology to deliver our targets.

Following on from the Government speeches was a wide range of industry-focused analysis on Climate Tech and innovation. Greg Jackson, CEO of Octopus Energy, expertly demonstrated the need for the UK as a whole to radically rethink our relationship with the “grid” as we know it; 40% of the grid remains available and yet we continue to place immense strain on the remaining amount due to a failure in policymaking.

The economic discussion of Climate Tech was rich and enlightening throughout the day. The crux of this discussion was in the panel session “Accelerating positive growth at scale with the power of ClimateTech founders.” ScotlandIS members Accenture chaired this panel and were also represented by Ryan Shanks, Head of Innovation, Europe, Accenture. Joining the panel was also Lubomila Jordanova, Founder of Plan A, and Tessa Clarke, CEO, Olio. A fascinating argument took place around the role of GDP in our future Net Zero economy. There was a large amount of scepticism from the panel about GDP as an indicator and yet there were no metrics put forward as to an alternative indicator of wellbeing. As an economy and tech sector, we remain reliant on GDP until further established metrics are established. Until such metrics are established, there was a feeling amongst fellow policymakers in the audience that the well-being economy remains an ambition lacking in substance, evidence and policy.

Leading on from this panel was another insightful discussion around the role of Blockchain in our Net Zero journey. The discussion around Blockchain highlighted just how important a role it has to play in our future economy. Blockchain has the potential to boost global GDP by US$ 1.76 trillion, and to enhance 40 million jobs globally by 2030 (PwC “Time for Trust” report, 2030). Blockchain technology has long been associated with cryptocurrencies such as Bitcoin, but there is so much more that it has to offer.

Heralded as the new technology of trust, blockchain presents real opportunities for organisations to deliver value by building trust and improving efficiency across industries, from climate tech through to government and public services, to manufacturing, finance, and logistics.

A number of other panels throughout the day had similarly rich discussions. It was disheartening to hear that in some parts of the world’s oceans, there is now more plastic than fish. This presents major challenges to our society and way of life as we know it and highlights the importance of innovation across our full tech ecosystem. The final panel of the day reflected on our relationship with Nuclear power and questioned whether or not the UK and the wider European nations had pursued the right policy of moving away from Nuclear (with the exception of France) which has successfully managed such a transition.

Overall, London Tech Week highlighted to me what I suspected was already the case in some ways. Scotland is on par with our neighbours in London, Europe and indeed on the international stage. We have such a huge advantage in our “village community” to create partnerships all over and if we get it right our small nation tag will be a major advantage to future investors and start-ups.

The key advantage to me in London isn’t around products or even the level of innovation but rather the advantage over Scotland sits within the market investment opportunities and the community within the city. It is evident that we need to ramp this up in Scotland and harness a stronger VC community which can ensure indigenous Scottish tech companies can continue to grow sustainably whilst simultaneously creating new jobs, talent and climate tech solutions.