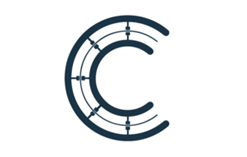 Our Digital Diversity Group (DDG) was set up in 2017 by CEO Melinda Mathews-Clarkson, who’s a big advocate of inclusion and diversity. After spending 20+ years as a senior executive at a Fortune 100 company, Melinda witnessed first hand the obstacles faced by the minority groups within the digital corporate world and has been a great advocate ever since. The group will hold quarterly events for all to learn and discuss issues around inclusion, diversity, and equality in the digital industry. The event is open to all and aimed at those working in, or interested in working in the digital industry. Previous events have covered topics such as ethical programming, gender identity, neurodiversity, and virtual recruitment.

The Women ConnecTech colleague network was created in Lloyds Banking Group’s Transformation division in February 2019 to support females in tech through their career and to inspire those who have never thought about a career in tech to try it out.

The two groups will work together to raise awareness of the importance of diversity, equality, and inclusion in the workplace by bringing together speakers and audiences from across the UK, for six interactive, virtual events. Attendees will have the chance to actively inform future discussion topics through survey feedback, ensuring that issues affecting minority groups are brought under the spotlight, to increase awareness and understanding across the industry.

Our Chief Executive Officer, Melinda Matthews-Clarkson said: “One of our goals at CodeClan is to contribute to a more diverse tech industry. As part of this, we need to highlight and discuss the issues and challenges facing the industry and create opportunities to listen to people’s experience and expertise. The Digital Diversity Group is a fantastic Classification: Limited opportunity to further this discussion and we are delighted to have the support of Lloyds Banking Group.”

Tara Foley, Managing Director of Bank of Scotland, which is part of Lloyds Banking Group, said: “I’m delighted to be a co-sponsor of our Women ConnecTech network at Lloyds. Having spent some of my career in a technical role, I can relate to some of the barriers some women may face working in tech and I want to help remove some of those barriers and make tech more accessible and diverse. Teaming up these networks is one step in many we’re taking to drive change in Lloyds Banking Group.’’

Reshmi McIntosh, who started the network at Lloyds adds: “I wanted to bring together women who work in tech to support one another through their careers. I also wanted to take action to address the diversity gap, by running initiatives that aim to grow the tech talent pool within our business. My passion for diversity has led me to team up with CodeClan, who share the same passion.’’

The first event will discuss unconscious bias and will be held virtually on the 21st of July, you can sign up here.